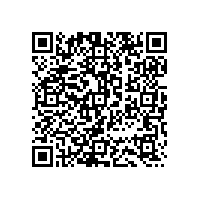 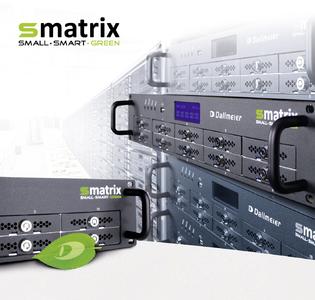 (PresseBox) ( Regensburg, 10-10-12 )
Good discussions, interesting contacts and promising projects: This was what Security 2010 brought for Dallmeier. Besides the VideoNetBox, the new VideoIP appliance "Smatrix" turned out to be a particular crowd puller, which above all was convincing by its environmentally friendly and cost-saving energy performance.

What has been a trend in IT for a while, has now entered into another sector: "Green" is the new catchword. Now in video security technology, not only an increased environmental awareness appears, but also the knowledge that through energy-saving products, lots of money can be saved.

Environmental protection is a major concern for Dallmeier and in this regard the company's efforts far exceed the legal regulations. Waste avoidance and low energy usage during the production processes, as well as use of recyclable materials equally belong to the "Green Global Security" philosophy, as does the orientation of the product development towards environmentally friendly and ecologically efficient devices.

The new Smatrix, which was introduced for the first time at Security, fits in perfectly with this philosophy. It especially stands out due to its high energy saving: a sophisticated system architecture and the use of 2.5" hard disks make extremely low power usage possible - up to 70% less than conventional DVR/NVR with storage! And because of the low heat emissions, cooling and air conditioning costs can be saved - in comparison to standard DVR/NVR devices it saves on average around €30,000 within five years.

A special appliance for video surveillance

Compared to standard appliances in the IT world (for example email-, spam- or firewall appliances), with the Smatrix, Dallmeier developed a VideoIP appliance which is specially designed for the needs of video surveillance; for example via an elaborate hardware concept with extremely fail-safe components or with hard disks which are optimised for the continuous use (24/7) and the saving of image data. With the Smatrix no server or storage is taken "off the shelf" and used for video surveillance, a use it wasn't initially intended for; instead the device is developed and designed from scratch for its specific assignment. And of course the Smatrix, as with the complete Dallmeier product range, is manufactured in Germany.

With the Smatrix, Dallmeier strikes the balance between physical security and IT security - two areas, which are increasingly growing together. CCTV and IT, previously two separate sectors, are merging more and more (so called "convergence").That development was not least driven by the opening of video systems, for instance via open interfaces such as ONVIF, as well as by the operation of systems over standard network infrastructures instead of closed CCTV networks.

Video is also more often seen as an additional component, which is operated over an existing network by the customers. With the new VideoIP appliance Smatrix, Dallmeier has kept up with the changes and developed a product that satisfies both the requirements of video security technology and the IT world.