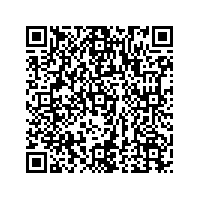 Publisher to roll out system to its 20 U.S. brands

(PresseBox) ( Kehl, 13-03-29 )
Hearst Magazines is implementing the DALIM ES system across its magazine brands, simplifying production workflow, especially for electronic editions, the emerging channel in which Hearst leads the industry with a circulation of 886,000. Blanchard Systems, North American Distributor of Dalim Software, worked closely with Hearst through the testing and evaluation.

Hearst Magazines is a unit of Hearst Corporation, one of the nation's largest diversified media and information companies. The largest publisher of monthly magazines in the U.S., Hearst reaches 83 million adults with its 20 titles, which include Good Housekeeping, Cosmopolitan, Esquire, ELLE and O, The Oprah Magazine.

“Our business is growing, especially in the tablet space, and we needed workflow software that could accommodate both print and electronic production,” said Laura C. Reid, Hearst Magazines vice president of production. “DALIM TWIST allows us to automate everything, including our outreach to premedia outlets, saving time and making the process frictionless and straightforward.”

“DALIM ES is incredibly efficient, secure and mobile,” added Ken Pecca, Hearst’s director of premedia and imaging. “I can send image files overseas, sit on a train, and mark them up on an iPad for retouching on my ride home! It saves time converting file formats, and operators no longer need to take files in and out of the workflow.”

Hearst has been using DALIM TWIST for a little over a year, with DALIM ES implemented in early 2013 on several magazine titles. Full implementation for all 20 brands is expected after the first quarter of 2013.

“We like the pure flexibility of DALIM ES and DALIM TWIST. We can do and create anything we need. It is simple to use and offers lots of options,” added Pecca. “It’s not linear. You can build and benchmark the system any way you want. And, when we have challenges, Blanchard Systems comes back quickly with solutions.”

About Hearst Corporation
Hearst Corporation (www.hearst.com) is one of the nation’s largest diversified media and information companies. Its major interests include ownership of 15 daily and 36 weekly newspapers, including the Houston Chronicle, San Francisco Chronicle, San Antonio Express-News and Albany Times Union; hundreds of magazines around the world, including Good Housekeeping, Cosmopolitan, ELLE and O, The Oprah Magazine; 29 television stations, which reach a combined 18 percent of U.S. viewers; ownership in leading cable networks, including Lifetime, A&E, HISTORY and ESPN; significant holdings in the automotive, electronic and medical/pharmaceutical industries; a 50 percent stake in the global ratings agency Fitch Group; Internet and marketing services businesses; television production; newspaper features distribution; and real estate. Follow us on Twitter @HearstCorp

Since 1985, the world´s most prominent publishers, publication printers, agencies and brand owners can be found among our customers, as well as a variety of quality- and service-oriented premedia companies and printers of all sizes. They all utilize our innovative technologies to the fullest extent.