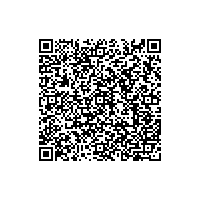 The trial evaluated patients with HER2 positive unresectable or metastatic gastric or gastroesophageal junction adenocarcinoma that had progressed following two or more treatment regimens including trastuzumab and chemotherapy. These results were presented today during the American Society of Clinical Oncology Virtual Scientific Program (#ASCO20) and simultaneously published online in The New England Journal of Medicine.

Gastric cancer is the third leading cause of cancer mortality worldwide with a five-year survival rate of five percent for metastatic disease. Approximately one in five gastric cancers are considered HER2 positive.[ii]

The confirmed ORR, also called a tumor response rate, which was assessed by independent central review, was 42.9% with ENHERTU monotherapy (6.4 mg/kg) (p<0.0001; CI: 33.8-52.3) compared to 12.5% with investigator’s choice of chemotherapy (paclitaxel or irinotecan). Ten complete responses and 41 partial responses were seen in patients treated with ENHERTU versus no complete responses and seven partial responses seen in patients treated with chemotherapy.

The safety and tolerability profile of ENHERTU in DESTINY-Gastric01 was consistent with that observed in the phase 1 gastric trial and previously reported ENHERTU trials. The most common grade 3 or higher treatment-emergent adverse events were decreased neutrophil count (51.2%), anemia (37.6%), decreased white blood cell count (20.8%) and decreased appetite (16.8%). There were 12 cases (9.6%) of confirmed treatment-related interstitial lung disease (ILD) and pneumonitis as determined by an independent review. The majority were grade 1 or 2 with two grade 3, one grade 4 and no grade 5 (ILD-related deaths).

“Once patients with HER2 positive metastatic gastric cancer progress following initial treatment with an anti-HER2 regimen, there are limited treatment options and no approved HER2 targeted therapies,” said Kohei Shitara, MD, Chief of Department of Gastrointestinal Oncology, National Cancer Center Hospital East, Chiba, Japan and principal investigator in the phase 2 DESTINY-Gastric01 trial. “Based on the compelling results of the DESTINY-Gastric01 trial, ENHERTU has the potential to become a new standard of care for these patients.”

“ENHERTU is the first HER2 directed therapy to show an improvement in overall survival for patients with previously-treated HER2 positive metastatic gastric cancer,” said Antoine Yver, MD, MSc, Executive Vice President and Global Head, Oncology Research and Development, Daiichi Sankyo. “These data are encouraging and meaningful since patients with advanced gastric cancer have limited therapeutic options once they progress and face markedly high mortality rates. We are working with regulatory authorities to bring ENHERTU to patients with metastatic gastric cancer as quickly as possible.”

“In DESTINY-Gastric01, the response rate was more than three times higher with ENHERTU chemotherapy. Additionally, more than half of patients treated with ENHERTU were alive at one year compared to less than a third with chemotherapy,” said José Baselga, MD, PhD, Executive Vice President, R&D Oncology, AstraZeneca. “In addition to the impressive results we saw in HER2 positive metastatic breast cancer in DESTINY-Breast01, these results in gastric cancer help further define the role of ENHERTU in transforming patient outcomes across multiple HER2 targetable cancers.”

ENHERTU was recently granted a Breakthrough Therapy Designation (BTD) in the U.S. for the treatment of patients with HER2 positive unresectable or metastatic gastric or gastroesophageal junction adenocarcinoma who have received two or more prior regimens including trastuzumab. A supplemental new drug application (sNDA) was submitted to Japan’s Ministry of Health, Labour and Welfare (MHLW) based on these data and will undergo expedited review as a SAKIGAKE-designated medicine for this potential indication.

HER2 is a tyrosine kinase receptor growth-promoting protein expressed on the surface of many types of tumors including breast, gastric, lung and colorectal cancers. In some tumors, HER2 overexpression is associated with a specific HER2 gene alteration known as amplification and is often associated with aggressive disease and poorer prognosis.[iii]

Gastric (stomach) cancer is the fifth most common cancer worldwide and the third leading cause of cancer mortality with a five-year survival rate of five percent for metastatic disease; there were approximately one million new cases reported in 2018 and 783,000 deaths.1

Approximately one in five gastric cancers are HER2 positive.2 Gastric cancer is usually diagnosed in the advanced stage, but even when diagnosed in earlier stages of the disease the survival rate remains modest.[iv] Recommended first-line treatment for HER2 positive advanced or metastatic gastric cancer is combination chemotherapy plus trastuzumab, an anti-HER2 medicine, which has been shown to improve outcomes when added to chemotherapy.[v] For gastric cancer that progresses on first line treatment, trastuzumab has not shown any further benefit and there are no other approved HER2 targeting medicines.5

DESTINY-Gastric01 is an open-label, multi-center, randomized, pivotal phase 2 trial evaluating the safety and efficacy of ENHERTU in a primary cohort of 188 patients from Japan and South Korea with HER2 expressing advanced gastric cancer or gastroesophageal junction adenocarcinoma (defined as IHC3+ or IHC2+/ISH+) who had progressed on two or more prior treatment regimens including fluoropyrimidine (5-FU), platinum chemotherapy and trastuzumab. Patients were randomized 2:1 to receive ENHERTU or investigator’s choice of chemotherapy (paclitaxel or irinotecan monotherapy). Patients were treated with ENHERTU 6.4 mg/kg once every three weeks or chemotherapy.

The primary endpoint of the study is ORR, as assessed by independent central review. ORR, or tumor response rate, represents the percentage of patients whose disease decreased and/or disappears. Overall survival was a key secondary endpoint to be statistically evaluated hierarchically if the primary endpoint was statistically significant. Other secondary endpoints include PFS, DoR, DCR and confirmed ORR assessed in those responses confirmed by a follow-up scan of at least 4 weeks after initial independent central review.

ENHERTU (5.4 mg/kg) is approved in the U.S. and Japan for the treatment of adult patients with unresectable or metastatic HER2 positive breast cancer who received two or more prior anti-HER2-based regimens based on the DESTINY-Breast01 trial.

ENHERTU has not been approved in the EU, or countries outside of Japan and the U.S., for any indication. It is an investigational agent globally for various indications. Safety and effectiveness have not been established for the subject proposed use.

A comprehensive development program for ENHERTU is underway globally with six pivotal trials evaluating the efficacy and safety of ENHERTU monotherapy across multiple HER2 cancers including breast, gastric, and lung cancers. Trials in combination with other anticancer treatments, such as immunotherapy, also are underway.

In May 2020, ENHERTU received BTD from the U.S. Food and Drug Administration (FDA) for the treatment of patients with HER2 positive unresectable or metastatic gastric or gastroesophageal junction adenocarcinoma who have received two or more prior regimens including trastuzumab, and Orphan Drug Designation for gastric cancer, including gastroesophageal junction cancer. In March 2018, ENHERTU received a SAKIGAKE designation for potential use in the same HER2 positive patient population and a sNDA was submitted to the Japan Ministry of Health, Labour and Welfare (MHLW) for approval in April 2020.