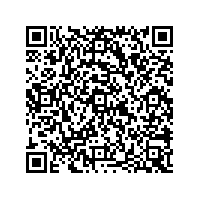 CRY FOR THE MOON 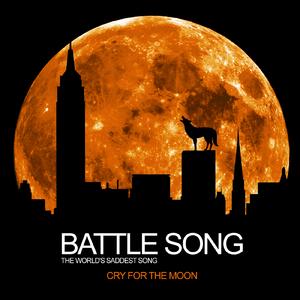 (PresseBox) ( München, 09-07-29 )
It took three years to produce this song. Each time the producers, musicians, singers and sound engineers tried to work on it in the studio, they were so deeply moved and thoroughly saddened that they found it impossible to complete it. On the morning of December 17th, the studio's 31 year-old secretary was found dead in her vacation hotel room. The demo version of the Battle Song was running in the "repeat" mode on her iPod. Whether or not this melancholy song caused her to take her life will never be known. That was in 2007.

After this tragedy, the producer and everybody else involved decided not to release the song;
the Battle Song was to be buried forever in the studio's archives because its effects could not be predicted.

March 2008. As chance would have it, an assistant sound engineer discovered the first verses of the Battle Song's demo version on the studio's hard disc. He heard it, he began to cry and he had to leave the studio. His colleagues tried desperately to reach him. They contacted his family, but no one knew exactly where the 34 year-old-man had disappeared to. Finally, four days later, he arrived at the studio, aglow with happiness. He said the song had made him so thoughtful that he even called his ex-girlfriend and told her that he loved her, and that their separation was entirely his fault. What exactly had happened? Why did this song affect people's emotions in such radically different ways? The team of producers tried to find the reason. And finally, they did. The assistant sound engineer had only listened to the first part of the demo version on the hard disc; the song could also have its positive effects if one didn't listen to it in its entirety.

Now, the producers decided to complete the Battle Song, but with a new refrain and a new ending; one that would motivate and encourage humanity to struggle against life's hardships instead of simply giving up.

The work on the song continued for another 13 months, but no one could agree on the solo part at the end. It wasn't supposed to become too gloomy. After 13 months and the live recording of over 32 different instruments, the solution had been found: the solo was played by 23 bagpipers and a solo whistler.

And now, the Battle Song is to be released - on August 9th, 2009. We hope it will encourage people to reflect, give them strength and bring about positive change. On the website http://www.battle-song.com, the producers have installed a portal, in which people can write about their own experiences after hearing the Battle Song.

But if too many personal tragedies are published in the portal, the producers have vowed to take the song off the market and banish it once and forever into the studio's archives.

Informations More information about the Projektband CRY FOR THE MOON and the BATTLE SONG:

The BATTLE SONG is not only a sad song, it's the world's saddest song. A sad song about waterworks like niagra falls. A poisoned pill, no more living will. A summer rain and never ending grain. A cry for the moon but the love closed at noon.

But no matter what happens: Everybody should have it's own Battle Song. So turn on your light, abandon your right and have fun tonight in a pillow fight.

CRY FOR THE MOON

Recommend Battle Song - the world's saddest song is to be released - on August 9th, 2009 press release