Technology serves the purpose of making human lives better, more convenient and most importantly more safe, thereby safety is an aspect no technology provider or user should ever overlook 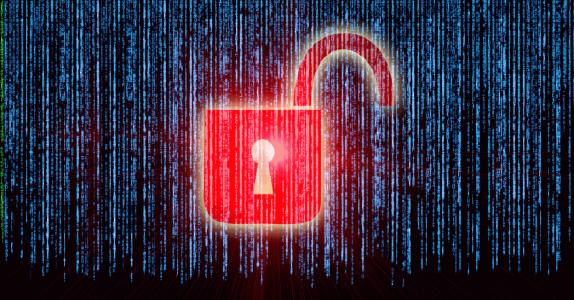 (PresseBox) ( Porto, 17-06-07 )
A lot of the times people are really enthusiastic about new technology, about all the exciting changes it may bring to their life and how it would increase their convenience. However, one has to sit back and think: are we ready for this kind of technology? Or more importantly, is the technology truly ready for us?

Do you remember that Tesla accident, when a car with an activated autopilot crashed into a trailer without application of breaks, then drove into the fence, which eventually led to the death of the driver? Now when we read about such an incident where a car on autopilot crashes and meets the worst possible outcome, we come across two opposing yet equally compelling views.

One is that the driver should have been paying attention as per the given instructions for the autopilot mode and that the technology can’t be blamed as there were chances it would fail given the situation. The other opposing view would be that the technology is not at all ready for mass deployment, simply because given any other set of circumstances the technology would have worked, brakes applied and accident averted.

In such cases during analysis statistics come into play and based on statistics one would reach an outcome that cars with autopilots are safer than cars without, as there have been far lower number of fatalities. Such stats however can be misleading as they tend to provide an average understanding of a complex topic. Simply put, there are just not so many cars with autopilots currently out there to have reliable stats for a fair and unbiased comparison.

The real question goes beyond whether autopilot deployed cars are safer than regular cars or not. What needs to be analyzed here is not whether the technology should be used or suspended. The technology is already out there and will be deployed on a larger scale in the future as well.

How to make technology even safer?

It needs to be understood however, how to make it even safer. What could have been done by the autopilot to avoid the accident? What needs to improve in the hardware of the car’s system? How does it ensure that the driver is paying attention? How can abuse of the system be avoided? These questions will have to be asked by the people responsible for introducing and proliferating the technology, also by users who wish to engage with the tech.

The next case I wanted to talk about is another incident where mass deployed, relatively new and fast growing technology was abused and led to a massive loss of service for few of the world’s top websites and almost broke the internet.

IoT or IIoT is already a reality, there a millions of devices equipped with sensors, cameras and recorders, constantly connected to each other and communicating through the internet. Devices with this capability of communicating with each other and sharing information over the internet have become a very popular phenomenon, both in private life and industrial manufacturing scenarios.

The answer to that question is also very simple: IoT is far from being safe. Even though millions of devices are IoT capable, they are highly vulnerable to malware like the Mirai Botnets, which can be used to take control of millions of devices all at once and trigger another DDoS (Distributed Denial of Service) event. Safety features of IoT enabled devices range from being non-existent to very basic, anyone with the understanding of deploying the malware can take charge of millions of devices and use them to unleash attacks on major service providers, be it individual websites or as in this case a major DNS (domain name system).

Like the first incident, IoT is just not possible, as it is driving the future innovations and effecting the global economy, it is practically an irreversible phenomenon. However, security should have been thought of before deploying IoT devices in the markets. The incident where internet almost crashed due to the unauthorized use of devices interconnected through the internet is and should be a great learning. This now needs to be a top priority for all the industry players, even governments and regulatory authorities.

There is a lot at stake here, IoT is the future and it should be made as risk free as possible to avoid such occurrences, current devices either need to be upgraded (very difficult by the nature of design) or new devices with better security should be introduced to avoid major catastrophes.

The point to be made here through this article is not that new technology is far too risky and is being used ahead of its time, rather, whatever new technology is introduced, especially in mass usage scenarios should be well tested and made as risk-free as possible. We are ready for the technology of the future, technology providers should make sure the reverse is true as well!!

Critical Manufacturing empowers high performance operations for some of the most advanced manufacturers worldwide with innovative software technology and advanced services. Its new generation Manufacturing Execution System (MES) is an Industry 4.0 centerpiece, incorporating all necessary integration, mobile, connectivity and logical decentralization features. This deep, unified system increases performance, control and quality for complex manufacturing operations. The company is part of the Critical Group, a private group of companies founded in 1998 to provide solutions for mission and business critical information systems.