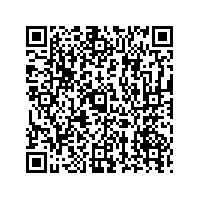 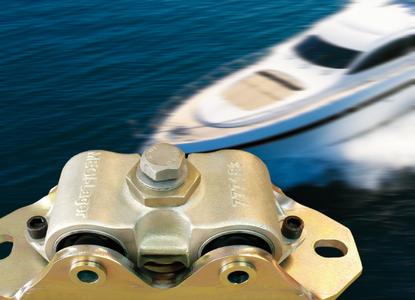 (PresseBox) ( Hannover, 12-07-17 )
There are a number of different drive concepts for yacht engines. Conventional drive layout, where the drive shaft and propeller shaft are arranged in series, requires a specific installation length. Engineers start to reach their limits if the engine room is very limited in terms of length: The usual arrangement of engine, drive transmission and propeller shaft is then only possible in most cases by compromising on efficiency, as there is no longer enough installation space available for the drive assembly.

To create more effective load space for the owner while at the same time maintaining a high-performance drive, engineers have reverted back to the integrated V-drive transmission (IV). In this type of drive, the engine is placed above the propeller shaft. However, the integrated V-drive transmission places a completely different set of requirements on the bearing components. In response, ContiTech Vibration Control has developed the double bush bearing, which is already used in MAN ship engines. For the development, ContiTech relies on a proven partnership. In 2003, ContiTech developed various ship engine mounts for use on the high seas together with a specialist in rubber and plastics technology, J. Meinert GmbH. The two companies collaborated again on the development of the double bush bearing.

"The thrust forces in an IV-drive act underneath the ship's engine. Conventional elements are not designed for this as the forces are not acting in the usual direction," explains Henning Ziegenmeyer, Product Developer at ContiTech Vibration Control, Hanover. Standard bearings and cones are then forced against the stop, and the stiffness of the unit is significantly increased as a result. And this in turn also causes an increase in resonant frequency, and damping properties are diminished. Vibrations can then spread through the engine base to the hull of the boat and quickly dampen the enjoyment on-board. In the worst case scenario, this energy will push out the engine from its mountings from underneath.

But the double bush bearing is just as tailored to withstand pressure as it is tensile load. A rubber coating on the vertical, upper side insulates the drive assembly from the upward moving vertical forces. "The double bush bearing ensures that the stiffness remains low even under the type of load caused by the integrated V-drive transmission. This ensures sustained low resonant frequency and high damping," says Peter Eckwerth, Head of Advanced Development & Industrial Projects at ContiTech Vibration Control.

Loads on the double bush bearing were simulated on a computer, until the prototype was ready to go into series production as a product that can withstand the forces on the high seas. ContiTech has already delivered the first series. The new double bush bearings are being installed in MAN yachts, including the Sunseeker Yacht series. "These bearings provide greater comfort, produce lower level operating noise on deck and thus constitute an improvement in quality for the ship-owner," says Ziegenmeyer confidently.