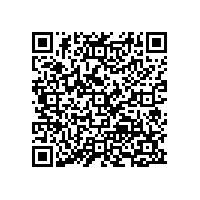 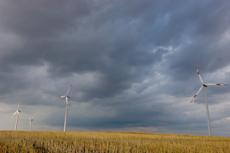 (PresseBox) ( Hannover, 12-08-06 )
In a single go, ContiTech Vibration Control has further developed its bearings for modern wind power stations in the run-up to Husum WindEnergy (September 18 to 22, 2012) by developing two innovations. An innovative generator bearing and an optimized gearbox bearing can help to increase the service life of all components in the drivetrain in the long term. "Particularly in large plants of 5 megawatts and more, the dynamic loads that arise during operation can place a very heavy load on the different components," declares Vincent Sambo, Sector Manager for Wind Power at ContiTech Vibration Control. "For this reason, an optimum bearing is of special importance for modern drive technology." Bearing elements from ContiTech Vibration Control take on the job of load bearing as well as impact and vibration insulation. In developing these innovations, ContiTech draws on decades of experience in the development of elastic bearings and controlled process manufacturing of mounting components for industrial applications.

As the life-giving force in the wind power station, the drivetrain is exposed to particularly extreme loads. To ensure smooth operation of the wind power stations, it is important to align the rotor, gearbox and generator with each other exactly. Any horizontal or vertical skewing places a higher burden on the drivetrain's and machine carrier's components, and this in turn shortens the system's service life. ContiTech has developed a generator bearing with additional functions so that the generator can be aligned correctly during assembly. This bearing can be moved both vertically as well as horizontally. Thanks to this adjustability, the location of the entire drivetrain can be set exactly, and this, in turn, means that the load can be reduced to a minimum.

ContiTech Vibration Control is also implementing a new development for the gearbox's bearing. Half shells are normally used for this job. Two of them form a cylindrical bushing, which is pre-tensioned radially. In conventional elements, irregularities due to the geometry arise in the load to which the rubber pad is exposed. This means that optimum bearing of the gearbox cannot be guaranteed at present. It is for this reason that ContiTech optimized the half shells' rubber pad. The two half shells fit into each other perfectly, and this ensures an even load distribution within the cylindrical bushing. The bearing element with the improved rubber contour achieves a service life that is up to five times longer than that of conventional bearing elements.

These developments from ContiTech were preceded by comprehensive series of measurements and simulations in which the loads to which the drivetrain is exposed were analyzed. "These processes provide us with decisive operating data so that we can create the ideal design for the drivetrain in terms of vibrations," says Vincent Sambo. "These processes form the basis for development of customized components for wind power stations, thereby further enhancing their performance." The tests focus on the amplitude and frequency of acceleration on the drivetrain, the low-frequency movements of the components, the isolating performance of the elastic bearings and the natural frequencies of the drivetrain.

"In order to record the structure-borne noise, for example, we apply a large number of acceleration sensors to the drivetrain. Recording of the time data from a total of 95 measuring channels is performed online by a multi-channel measurement system. This allows us to analyze the data and produce an exact simulation later offline," says Peter Eckwerth, Head of Advanced Development at ContiTech Vibration Control, explaining the process.

In various short-term measurements, the experts at ContiTech Vibration Control examine the vibration behavior while the network supply is at constant operation, as well as while the wind turbine is starting up and at a standstill. In this way, the various loads to which wind power stations are exposed are recorded accurately. The exact design of the drivetrain's components is created on the basis of these comprehensive analyses. Working together with the manufacturers, ContiTech thus succeeds in developing optimized elastomer components that deliver maximum service life, and in putting these components into service.