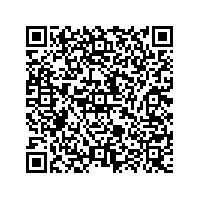 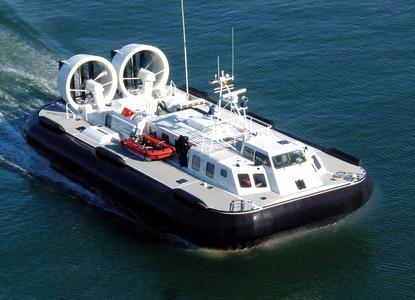 (PresseBox) ( Hannover, 15-06-23 )
In two new hovercrafts, the British manufacturer Griffon Hoverwork relies on timing belts with carbon tensile member of the ContiTech Power Transmission Group. With 5,502 mm and 4,956 mm, they are the longest endless polyurethane belts that were ever produced. They drive the propellers and turbines of the giant hovercrafts, which are employed to connect Portsmouth (England) and the Isle of Wight. The belts are made in cooperation of ContiTech and Griffon Hoverwork at the ContiTech site in Dannenberg.

The two new hovercrafts, which are currently under construction, each have two propellers and fans that interact in order to set the vessels in motion. The propellers and fans are driven by timing belts. "Due to the high powers that are transmitted within the drives of the hovercrafts, the Synchrochain Carbon is the ideal belt for this application," explains Barrie Oldham, Industrial Sales Director ContiTech UK. The vessels are equipped with two engines with 793 kW (1,079 hp). The high amount of power is needed: The hovercrafts take roughly the area of a tennis court and carry up to 88 people.

Griffon Hoverwork has equipped the drives of their hovercrafts with timing belts for quite some time. However, the cooperation with ContiTech, the use of the Synchrochain Carbon as well as endless timing belts, which exceed the five-meter mark, are new. "ContiTech is the only manufacturer who can craft timing belts in the required lengths," says Oldham.

The Synchrochain Carbon is very wear-resistant and abrasion-proof, it transmits high powers extremely reliable. This makes it the ideal solution for the hovercrafts of Griffon Hoverwork. The heart of the belt is the carbon tensile member, which at the same load stretches less than an aramid tensile member. In addition, the high stiffness of the cord minimizes pre-tension losses and the efficiency of the drive is further enhanced. The belt is thus virtually maintenance-free - which helps to minimize costs in the area of maintenance and replacement.