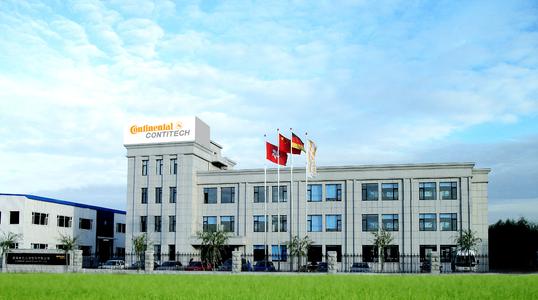 (PresseBox) ( Hanover/Changchun, 10-10-28 )
ContiTech is rigorously holding to its policy of expansion in China. In Changchun, for example, ContiTech Grand Ocean Fluid Co., Ltd. has put a new plant for automotive and industrial hose systems into operation. The plant has three times the shop floor space of the site's previous factory, which will now no longer be used. This gives ContiTech around 13,000 m2 in production space, up from 4,000 m2 in the past. The number of employees is to rise from 480 at present to 550 in 2011. "The Asian automotive market is growing rapidly, which is why we have invested in a new plant. It further strengthens our standing in China," said Heinz-Gerhard Wente, CEO of ContiTech AG, at the inauguration of the new plant. "Our customers are equally local and international automakers and systems manufacturers." Changchun is regarded as the cradle of the Chinese automotive industry. In the spring of 2010 ContiTech had already put a new plant into operation in Changshu, near Shanghai. Asia is a focal point region in the ContiTech strategy.

Volume production for new projects as of 2011

ContiTech invested roughly three million euros in the new plant, which is to turn out around 2.3 million A/C lines for the automotive industry in 2011, or a good third more yet than in this year. The plant also produces over a million hose lines for power steering, fuel feed systems, exhaust gas management and industrial lines. Starting in 2011, lines for turbocharger lubrication, turbocharger cooling and transmission oil cooling will also be manufactured at the location. Describing the favorable order situation, Günter Frölich, general manager of Fluid Technology, notes: "Next year five new projects will be going into volume production in this segment alone. In doing this we aim to up our local value added potential and to expand the range of products manufactured at the Changchun plant."

For the most part, the lines from ContiTech will be manufactured in their entirety locally. What is more, the plant takes and further processes hoses from other ContiTech plants in Germany and Changshu in southern China. ContiTech Grand Ocean's main customers are VW, Daimler and BMW and domestic car makers in the automotive sector and Jungheinrich, Linde and Atlas Copco in the industrial sector.

ContiTech Grand Ocean Fluid was founded in Changchun in 2002 as a joint venture between ContiTech and the Chinese companies Grand Ocean Industries and FAW-VW (First Automotive Works-VW).

Long-term and successful engagement in China

ContiTech has been active in China for 30 years now. With components and systems - such as hose line systems, vibration components, air springs, surface materials, conveyor belts, drive belts or coated fabrics - currently produced domestically at nine modern production plants, ContiTech very successfully serves the needs of the automotive industry, machine and plant engineering and construction, mining, the printing industry and rail transportation. At present the company employs about 2,000 in China, up from approx. 1,100 just a year ago. And the number will continue to grow. Defying the severe global economic crisis in fiscal 2009, ContiTech was able to up sales 34% in China. The longer-range target is to more than double current sales volume in China by 2014, boosting it from €133 million at the moment to approximately €300 million.

China numbers among the markets ContiTech views as key in the coming decades. "Our more than 130 years of mature production and development know-how matches up perfectly with the need for technological innovations and advanced developments. We offer high-tech products made of rubber and plastic that provide our Chinese industrial partners enormous effectiveness in solving issues bearing on mobility, energy production & efficiency, and environmental protection," notes Wente, underscoring the unique advantages for Chinese industry.

In China ContiTech hitches its forward-looking engineering prowess up with the expertise, experience, and qualifications of its Chinese management and staff. The company pointedly appoints Chinese experts to key positions. The technology leader offers its employees future-proof, high-tech-oriented professional fields, with an opportunity to realize international career perspectives while learning from one of the major technology leaders.