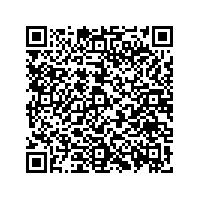 Automotive interiors from Benecke-Kaliko protect people, the environment, and the climate 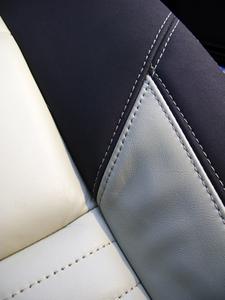 (PresseBox) ( Hannover, 09-09-18 )
Sustainable mobility - a topic that is occupying the automotive industry's attention more than any other at present. The challenge: The car of the future is expected to be just as powerful and offer the same comfort and convenience features and yet it must also have fewer CO2 emissions and be built as far as possible using ecofriendly manufacturing techniques. Car drivers, on the other hand, not only strive to protect the environment but also their own health. After all people spend two and a half years of their life on average in their cars and understandably attach great importance to their own comfort, quality of life and health. This has long been one of the reasons why Benecke-Kaliko places special focus on sustainability when designing its automotive interiors by ensuring that they are both climate-friendly and healthfriendly, due to the materials being largely free from emissions and allergens.

One particular example of this is the new PVC artificial leather (SEV) Acella® Eco from Benecke-Kaliko, which incorporates a whole range of health benefits: It contains no contact allergens and complies with the challenging class 2 requirements of the Oeko-Tex Standard 100. This means that Acella® Eco is suitable for longterm direct contact with human skin. The use of alternative flame retardants eliminates the need to use antimony or any other heavy metal in fact. Moreover this new interior trim product is low in emissions because all solvents and emissionrelated plasticizer systems have been reduced to the absolute minimum necessary. The resulting VOCs (volatile organic compounds) are below the limits for automotive seating applications as prescribed by U.S. and European vehicle manufacturers. And finally the material is extremely easy to clean thanks to its special coating.

Other materials made by Benecke-Kaliko also feature healthfriendly characteristics. Many of the company's products have already been certified in accordance with the Oeko-Tex Standard 100 and are free from socalled CMR substances which are known to cause cancer, genetic damage or reproductive harm. What's more, the proportion of renewable raw materials contained in products made by Benecke-Kaliko already exceeds 20 percent. In future it will even be possible to produce standard PVC materials with renewable resources accounting for more than 50 percent of their content.

When it comes to the reduction of fuel consumption and pollutant emissions Benecke-Kaliko places particular emphasis on the development of light materials. TEPEO® and TEPEO 2® are recyclable, halogenfree interior foils which, depending on their design, weigh between 25 and 50 percent less than conventional PVC foils for instance, because these polyolefin based materials have a lower density. And they can do without plasticizers entirely since the required flexibility is given to them via the composition of the polymer recipe components. Benova®, a product that feels just like real leather, is as well halogenfree with no need for plasticizers. Furthermore it has a much lower mass per unit area due to its higher material strength.

Environmental protection also plays a key role during the manufacturing process itself. Using special exhaust air systems and bio filters Benecke-Kaliko has been able to reduce carbon emissions by 94.5 percent since 1988. Water and energy consumption levels have been constantly lowered in addition. Closedloop material flow systems enable Benecke-Kaliko to return scrap material as well as remnants of lacquer and colour batches into the production process. Unusable waste is routed to thermal recycling.

The protection of people, the environment and the climate under the maxim of "green thinking" is gaining rapid significance also in the U.S.A. and China. That is why Benecke-Kaliko applies the same strict standards in the demanding NAFTA region and in the growing Chinese market as it does in Germany. Short transport routes and local production sites play an important role here. In the NAFTA region, for example, Benecke-Kaliko is able to minimize routes of transport by manufacturing unsupported and supported expanded vinyl (UEV and SEV), as well as TPO compact and expanded foils in San Luis Potosí (Mexico) with more than 100 employees since summer 2009. Its customers are the major U.S. automakers as well as European and Asian manufacturers producing in the NAFTA region. Benecke Changshun Auto Trim, a joint venture founded by Benecke-Kaliko together with Jiangsu Changshun Group, a Chinese dealer specializing in automotive plastics, is also producing in China in regional proximity to the Chinese automotive industry, most of which is located in Shanghai. With a work force of 145 the company there produces about three million square meters of UEV and SEV each year and is market leader with more than a 20 percent share of the market.

ContiTech AG, Hanover, is the world's no. 1 specialist for rubber and plastics technology in the non-tire rubber sector. The company develops and produces functional parts, components and systems for the automotive industry and other important industries. The company has a workforce of around 21,000 employees. In 2008 it realized sales of about €3 billion. ContiTech is a division of Continental AG. With sales exceeding €24 billion in 2008, the Continental Corporation is one of the top automotive suppliers worldwide. As a supplier of brake systems, systems and components for the powertrain and chassis, instrumentation, infotainment solutions, vehicle electronics, tires and technical elastomers, the corporation contributes towards enhanced driving safety and protection of the global climate. Continental is also a competent partner in networked automobile communication. The corporation currently employs approximately 130,000 at nearly 190 locations in 35 countries.