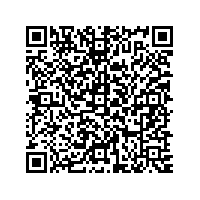 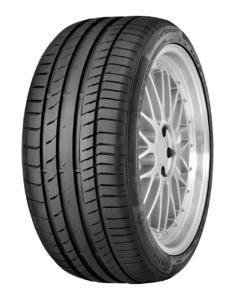 Continental has expanded its range of summer tires in time for the new summer season. The top modelContiSportContact 5 P for powerful sports cars is available in over 20 dimensions, while the ContiSportContact 5 is the perfect choice for more high-powered sedans and tautly tuned cars. The ContiEcoContact 5 is available as a safe, eco-friendly tire for vehicles from the mini to luxury segments. With the ContiPremiumContact 5, the Hanover-based tire manufacturer offers a specialist in precise handling and short braking distances in the popular class between 15 and 17 inches in size. In addition to this is the ContiSportContact Vmax for the tuning market, which is approved for speeds of up to 360 km/h, while the ContiForceContact is manufactured for perfection training and racing circuits. In tests, the summer tires from Continental have consistently received top marks from specialist publications and have been granted extensive approvals by many car manufacturers.

Vehicles with high-performance engines and rear-wheel drive have a distinct advantage in terms of accelerating, braking, and handling if they have different sized tires on their front and rear axles. Here, the advantages in terms of driving dynamics can be boosted even further if the tires have been specifically developed for this particular drive layout.

Consequently, the ContiSportContact 5 P has been designed to optimize the way in which acceleration forces are transmitted from the rear axle. To this end, a tread design has been developed with a large contact area to guarantee optimal transfer of forces. The two solid central ribs of the asymmetrically formed tread guarantee the best traction for the rear tires. They also ensure that no thrust power is lost during fast acceleration. At the same time, the block structure of the outer tire shoulder ensures that lateral forces are transferred effectively. This mainly benefits direct handling, because steering commands are implemented quickly and safely. Aiming to enhance this effect, the tire developers left out one of the two central ribs on the tire for the front axle so that the block structures could be designed even wider for improved handling. To allow for as short and finely controlled braking as possible, tread blocks in the middle of the tire support one another via short bars so that the blocks do not give way.

Therefore, the tire designs for both the front and rear axle are perfectly attuned to one another and to their mounting on the individual axles, allowing for sporty, dynamic driving without any compromise in terms of safe handling characteristics. The product range includes tires with widths of between 225 and 335 millimeters and aspect ratios of between 45% and 25% for rims of 18 to 23 inches in size.

With the ContiSportContact 5, Continental offers a product that is equally well suited to sports cars and SUVs of a more sporty nature. With the aid of complex research and extensive testing, the braking distances on wet and dry roads have been significantly reduced, rolling resistance has been cut, and mileage performance has been increased. This has been made possible by the development of a special compound that enables maximized transfer of forces under braking yet offers low rolling resistance in normal driving situations. To do this, the special rubber mixture known as BlackChilli compound takes advantage of the different vibrations of the tire. In addition, handling of the tire is very precise, as a result of which the ContiSportContact 5 can be driven in a highly dynamic fashion. Continental markets the high-tech tire commercially in car sizes between 17 and 21 inches in aspect ratios of 50% to 35%, with approvals for speeds of up to 300 km/h. The range of sizes for SUVs covers 18-, 19- and 20-inch tires with aspect ratios of between 60% and 35%. Here as well, approvals have been granted for speeds of up to 300 km/h.

The high-volume model ContiPremiumContact 5 offers short braking distances on dry and wet roads, low rolling resistance, high mileage performance, precise handling, and superior ride comfort. The new summer tire for vehicles ranging from small cars to luxury cars will be manufactured in 60 different versions for rims of between 14 and 17 inches and is approved for speeds of up to 300 km/h. In tests carried out by the trade press last year, the ContiPremiumContact 5 came in first place.

Until now, combining short braking distances on wet and dry roads with low rolling resistance was highly problematic. With the ContiEcoContact 5, leading European tire manufacturer Continental offers a product which effortlessly reconciles these seemingly conflicting requirements. To do this, the tire developers were forced to break new ground in all areas of the tire - the body, compound, tire contour, and tread design - in order to achieve the exceptional progress made in comparison with the predecessor model. As a result, while braking distances on wet road surfaces have been reduced, rolling resistance has been cut by 20%, and mileage performance increased by 12%. This means a vehicle fitted with the new ContiEcoContact 5 tire uses about 3% less fuel than the same car with standard tires. A total of 72 variants of the ContiEcoContact 5 are manufactured in sizes ranging from 14 to 19 inches, and approvals have been granted for speeds of up to 300 km/h.

ContiSportContact Vmax - approved for speeds of up to 360 km/h

Thanks to multiple tread grooves, which offer optimum tire cooling even at top speeds, and a handling-enhancing tread depth of 6.3 to 7 millimeters, the ContiSportContact Vmax ensures reliably safe driving at speeds of up to 360 km/h. The high negative tread ratio, moreover, guarantees good water dispersion in the wet. The asymmetric ContiSportContact Vmax is approved, as standard, for speeds up to 360 km/h. In controlled record trials, the high-tech tire from Hanover has already attained speeds as high as 409 km/h.

With a tread that is only really provided for safe driving to and from the racetrack, the ContiForceContact is a thoroughbred racing tire for sports events. It has been developed by Continental in conjunction with AC Schnitzer and TechArt as well as driving experts from the specialist publication sportauto. The result is a high-performance product for use in racing driver training and perfection training, for example on the Nordschleife of the Nürburgring. Special features: Ultimate grip and optimum steering precision in critical situations. To this end, the macro block design, which was originally tried and tested on the new ContiSportContact 5 P, has been carefully refined, with the addition of bidirectional water drainage grooves on the inside of the tread. This season, the uncompromising tire for motorsport events is available in five selected sizes.

With sales of around €33.3 billion in 2013, Continental is among the leading tire manufacturers, automotive suppliers, and industrial partners worldwide. As a supplier of tires, technical elastomer products, brake systems, systems and components for powertrains and chassis, instrumentation, infotainment solutions and vehicle electronics, Continental contributes to enhanced driving safety and global climate protection. Continental is also an expert partner in networked automobile communication. Continental currently employs more than 182,000 people in 49 countries.
www.continental-corporation.de

As one of the world's leading tire manufacturers with more than 44,000 employees, the Tire division achieved sales of €9.6 billion in 2013. Today, the division has 24 production and development locations worldwide. The broad product range and continuous investments in R&D make a major contribution to cost-effective and ecologically efficient mobility.

Continental is one of Europe's leading passenger car and light truck tire manufacturers and is the world's fourth-largest passenger car and light truck tire manufacturer in the original equipment and replacement business sectors. The product development focus of the Continental premium brand is to optimize all safety-relevant characteristics, while simultaneously minimizing rolling resistance.
www.continental-reifen.de

Continental's Tire division is an official sponsor of the German DFB Cup, Major League Soccer in the U.S.A. and Canada, the 2014 FIFA World Cup in Brazil, and UEFA EURO 2016TM in France.
www.ContiSoccerWorld.com