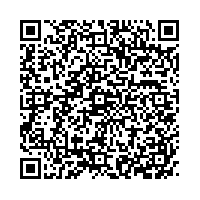 Personnel Announcement: Change in Executive Board of Continental AG

Dr. Hippe is a member of the Continental AG's Executive Board since June 2002 and, as CFO, is responsible for the areas of Finance, Controlling, IT and Law. In addition to his function as CFO, Dr. Hippe is heading the North American tire operations since June 2005, returning them to profitability in 2007 after numerous years of heavy losses. Dr. Hippe is responsible for the Passenger and Light Truck Tires division since April 2008, and in September 2008 he was appointed Vice Chairman of the Executive Board. The Executive Board and the Supervisory Board of the company thank Dr. Hippe for his most outstanding achievements for Continental during a decisive phase in its corporate history.

With targeted annual sales of €25 billion for 2008, the Continental Corporation is one of the top automotive suppliers worldwide. As a supplier of brake systems, systems and components for the powertrain and chassis, instrumentation, infotainment solutions, vehicle electronics, tires and technical elastomers, the corporation contributes towards enhanced driving safety and protection of the global climate. Continental is also a competent partner in networked automobile communication. Today, the corporation employs approximately 146,500 at nearly 200 locations in 36 countries.