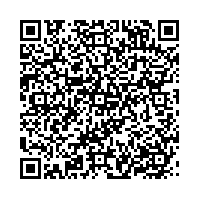 On the Winner's Podium with Continental at Formula Student Germany 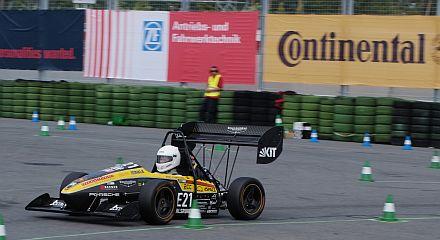 (PresseBox) ( Hanover/Hockenheim, 12-08-07 )
Around 10,000 visitors, 110 teams, five days, eight disciplines - those are the key figures for Formula Student Germany 2012. At this year's major VDI event at the Hockenheimring, many teams relied once again on the technology and experience of Continental and successfully demonstrated what they are capable of. This year, the international automotive supplier again provided a tire service truck and supported 37 teams worldwide with highly specialized vehicle components and technical expertise.

"Top technology, agility and efficiency - this is what our customers in the automotive industry appreciate about Continental. And this is precisely what the Formula Student teams we support are keen to use. Continental technology and expertise, combined with the commitment of every single team member, ensure that, year after year, the race tracks play host to new and remarkable achievements. Anyone who enjoys this highly innovative way of working will enjoy working for us once they start their career as well," explains Continental HR Director, Elke Strathmann.

This year was the seventh time the major VDI event Formula Student Germany was held at the Hockenheimring. Future engineers from international universities had one year to design and build a one-seater prototype on their own, which was evaluated by experts from the automotive industry in three static categories and five dynamic disciplines. In addition, the students competed not only by building classic internal combustion engines, but also ran against other teams in a competition designing electric vehicles. In the Formula Student Electric, the teams had to design a competitive racing car equipped with a purely electric engine as drive source plus a battery.

In this competition, the team Elbflorace (Dresden University of Technology) received the "Best Efficiency Award" and finished 5th overall in the final standings. In the classic Formula Student competition for combustion engines the Baltic Racing Team (University of Applied Sciences Stralsund) could gain places on the podium in the categories Cost Report and Skid Pad.

This year, the Formula Student teams sponsored by Continental once again had the chance to win some extra money for their end-of-season party via the Continental Career fan page (facebook.com/ContinentalKarriere). With the slogan "Your Vote for Your Team" ("Deine Stimme für Dein Team"), fans voted for their favorite team's page and helped them to win €1,500 toward the celebration. The 11 teams taking part stirred more than 1,700 supporters into action. As was the case last year, the Ecurie Aix team from RWTH Aachen University had the most followers with 459 fans, and received their check on Saturday from Continental's HR Director, Elke Strathmann.

The teams supported by Continental have been invited to an "after race" on September 22 and 23 at the Contidrom test track near Celle, where the future engineers will have a chance to test their race cars. The event also provides the opportunity for participants to share their experience with other teams and engineers from Continental. In addition, initial ideas and plans for the Formula Student Race 2013 will be developed at the event.

With sales of €30.5 billion in 2011, Continental is among the leading automotive suppliers worldwide. As a supplier of brake systems, systems and components for powertrains and chassis, instrumentation, infotainment solutions, vehicle electronics, tires and technical elastomers, Continental contributes to enhanced driving safety and global climate protection. Continental is also an expert partner in networked automotive communication. Continental currently has approximately 169,000 employees in 46 countries.

Continental hired around 5,500 graduates and young professionals worldwide in 2011. The international automotive supplier will be recruiting mainly chemists and mechanical and electrical engineers. In the Global Engineering Excellence Initiative, the company collaborates with eight universities of international renown, including the Massachusetts Institute of Technology, RWTH Aachen University and Tongji University. Via its more than 600 ambassadors, Continental reaches out to 250 universities all around the globe. Each year, another 600 or so young people start a work-study program leading to a traineeship or a bachelor degree at Continental. Throughout Germany, the international automotive supplier offers 18 work-study programs and 20 traineeships.