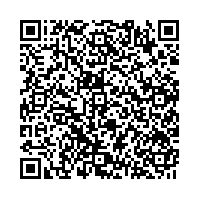 (PresseBox) ( Hanover/Hockenheim, 09-08-10 )
Some 4000 spectators, 77 teams, four days, eight disciplines - those are the key figures for the Formula Student Germany 2009. At this year's major VDI event at the Hockenheimring, many teams relied once again on technology and experience from Continental and successfully demonstrated what they are capable of. The top 10 will be invited by the international automotive supplier in September to the Contidrom tire testing track at Celle to put their racing cars up against the others on the top-notch track and to share experiences.

In 2009, the international automotive supplier sponsored 16 teams with highly-specialized vehicle components and technical know-how. "In the Formula Student competition, the teams have to measure up to the highest standards in all the disciplines. Continental staff are happy to help them out by sharing their experience and expertise with the upcoming engineers," explained Dr. Bernward Bayer, deputy head of Future Development in the Chassis & Safety division. Like in 2008, a tire service truck was on stand by.

This year was the fifth time the major VDI event Formula Student Germany was held at the Hockenheimring. Future engineers from international universities had one year to design and build a one-seater prototype on their own, which was then evaluated by experts from the automotive industry in three static categories and five dynamic disciplines.

Continental invited the 10 most successful teams to an after race at the Contidrom test track near Celle. In September, the future engineers from the Continental-sponsored Teams will have a chance to test their race cars on the top-notch track. The event also provides the opportunity for the participants to share their experience with other teams and the engineers from Continental. In addition, initial ideas and plans for the Formula Student Race 2010 are to be developed at the event.

With sales exceeding €24 billion in 2008, the Continental Corporation is one of the top automotive suppliers worldwide. As a supplier of brake systems, systems and components for powertrains and chassis, instrumentation, infotainment solutions, vehicle electronics, tires and technical elastomers, the corporation contributes to enhanced driving safety and global climate protection. Continental is also an expert partner in networked automobile communication. The corporation currently employs approximately 130,000 at nearly 190 locations in 35 countries.