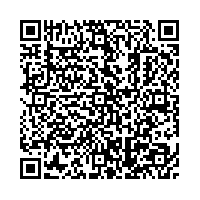 Despite sharp upheavals in the automotive industry, Hanover-based Continental AG proved operational strength and reduced its net indebtedness in the past year. The international automotive supplier achieved an adjusted* EBIT amounting to €1,837.3 million, which is almost unchanged in comparison with the previous year's figure. With consolidated sales at €24.239 billion, a margin of 7.6% was achieved, which is within the revised target range. The company reduced net indebtedness by roughly €373 million to €10.483 billion.

"Despite the extremely tough environment, particularly in the fourth quarter, and in compari-son to the competition, Continental achieved a very solid operating result in the past year," said Continental Executive Board chairman Dr. Karl-Thomas Neumann during the company's annual press conference in Hanover on Thursday. "We intend to maintain our earning power and continue to reduce our debt despite major production curtailments among our customers in the automotive industry. Therefore, in addition to the sharp cuts in the fourth quarter of 2008, we have initiated further cost cutting programs in order to safeguard our operating result, which is fundamental for debt reduction."

Dr. Neumann emphasized that the Automotive Group still made a good showing in light of the massive fall in demand within the automotive industry in 2008: "With sales amounting to €14.90 billion, the Automotive Group achieved an adjusted* EBIT of €908.9 million and a 6.1% margin.

Despite massive declines among nearly all customers, the Chassis & Safety as well as Interior divisions achieved adjusted* margins of 10.1% and 9.0% respectively. In contrast, the Powertrain division continues to be the major challenge. It has been hit hard by the market downturn in the midst of a complex long-term restructuring program. However, we are convinced that we will make progress in our operations this year already."

The Executive Board chairman reported that the company recognized goodwill impairment in fiscal 2008 amounting to €1.23 billion, particularly in the automotive divisions Powertrain and Interior. "Thereby, in light of the massively altered market conditions in the automotive indus-try, we are also making allowances for the fact that business in parts of the Automotive Group did not develop entirely as we originally expected following the acquisition of Siemens VDO," Dr. Neumann said. The impairments led to markedly negative consolidated earnings, thus reducing total balance sheet equity. "However, the impairments have no effect on cash, so they will not be detrimental to our goal of further reducing our debt," Neumann explained.

Dr. Alan Hippe, the Executive Board's departing vice chairman, head of the Rubber Group and CFO, highlighted the Rubber Group's outstanding operating result, particularly in view of the current situation. With sales at €9.35 billion, the group generated an EBIT of €984.9 mil-lion. "This represents a 10.5% margin. EBIT before changes in the scope of consolidation and special effects amounts to roughly €1 billion, and the margin equates to 11.1%. This result is all the more remarkable since the group was burdened with additional raw material costs amounting to roughly €290 million. With margins adjusted for changes in the scope of consolidation and special effects amounting to 13.1% and 11.1% respectively, the Passenger and Light Truck Tires division as well as the ContiTech division were largely able to replicate the very favorable results of previous years despite negative economic factors and the heavy burden presented by raw material costs. In contrast, the Commercial Vehicle Tires division could not compensate the sharply increased raw material costs amounting to almost €100 million. Both the original equipment and replacement markets collapsed in this sector, re-ducing the adjusted margin to 2.7%."

Net income attributable to shareholders of the parent decreased to a net loss of -€1,123.5 million (2007: €1,020.6 million), primarily as a result of goodwill impairment. This corresponds to earnings per share of -€6.84 (2007: €6.79). Before amortization of intangible assets from PPA, before depreciation of tangible assets from PPA (only Siemens VDO), and before goodwill impairment, the earnings per share amounted to €3.16. The increase in raw material prices had a negative impact of approximately €325 million on the corporation in 2008 compared with the average prices for 2007.

At -€706.7 million (2007: -€154.2 million), net interest expense rose compared with the previous year. In contrast, costs amounting to €500.7 million to finance the acquisition of Siemens VDO remained in line with expectations. "Due to the non-investment-grade rating, our renegotiated loan conditions stipulate a higher bank margin. However, the fact that the interest rates on the money market have decreased by approximately the same amount works in our favor. We are therefore anticipating a compensating effect on the interest expense in the current fiscal year," explained Executive Board vice chairman Dr. Hippe.

Compared with 2007, the Continental Corporation workforce decreased by 12,499 employees to 139,155. There were considerable staff reductions primarily in the Automotive Group as a result of restructuring measures and portfolio adjustments. The sale of the electric motors activities alone reduced the number of employees by 4,561. In addition, contracts with some 5,000 temporary workers were not extended.

Due to the fact that Continental AG as parent company of the Continental Corporation is re-porting a net loss for the year, there will be no proposal of a payment of a dividend for fiscal 2008 at the Annual Shareholders' Meeting.

In view of the continuing turbulence on the financial markets and the recession in many parts of the world, it is not possible at present to reliably assess the underlying data (currencies, interest rates, sales and production markets). "In spite of this, our top priority is to continue reducing the corporation's net indebtedness. For this reason, further measures have been initiated, in addition to the cuts in areas such as capital expenditure and research and devel-opment," commented Dr. Neumann. "Foregoing a dividend payment is another important step in lowering indebtedness. We anticipate that we will also be able to generate substantial free cash flow in 2009. For this reason, as things look now it can be assumed that Continental will fulfill the obligations set out in the loan agreements (covenant level), stipulated on a quarterly basis."

Furthermore, Continental is looking into various alternatives for paying off tranche B in the amount of €3.5 billion, which will become due in August 2010. Constructive talks which began at the end of January with the Schaeffler Group on collaboration between the two companies are being continued intensively.

"The start into the first quarter of 2009 shows just how great the current year's challenges will be. The slump in sales, particularly in the automotive divisions, is likely to accelerate in the first half of 2009. For this reason, against the background of 2008's high comparative figures, it cannot be ruled out that there may be very large deviations from last year, particularly in the first half-year. It is also safe to assume that significant restructuring measures will be carried out this year," added Dr. Neumann.

With sales exceeding €24 billion in 2008, the Continental Corporation is one of the top automotive suppliers worldwide. As a supplier of brake systems, systems and components for the powertrain and chassis, instrumentation, infotainment solutions, vehicle electronics, tires and technical elastomers, the corporation contributes towards enhanced driving safety and protection of the global climate. Continental is also a competent partner in networked automobile communication. Today, the corporation employs nearly 140,000 at approximately 190 locations in 35 countries.