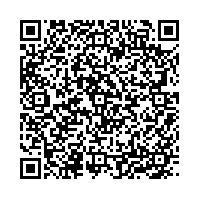 A steep drop in original equipment sales and a marked deterioration on replacement markets have resulted in production overcapacities for passenger and commercial vehicle tires at Continental AG in Hanover, Germany. In view of the steadfastly dire market trend, the company expects that its tire plants in Europe alone will fall roughly 15 million passenger car and approximately 1.7 million commercial vehicle tires short of full capacity utilization in 2009. Continental is further assuming that the market will not recover enough in the short- and medium-range future for it to make optimum use of existing capacities. The international automotive supplier is thus taking steps to bring production at its European tire plants closely into line with demand. On Wednesday it presented related project plans to those affected.

"In the fourth quarter of 2008, the commercial vehicle original equipment tire business declined by 20% in Europe. This trend has accelerated dramatically in the first two months of the current year. The European commercial vehicle tire replacement market likewise plummeted by over 15% in the last quarter of 2008. The European original equipment business in the passenger tire sector declined by 20% in the fourth quarter of 2008 and by even more than 30% in the first two months of the current year. The passenger tire replacement market also shows a considerable weakening of demand," said Dr. Hans-Joachim Nikolin, Continental Executive Board member in charge of the tire divisions. "Since the downturn set in last fall, we have managed to avoid taking trenchant measures by resorting to other instruments at our disposal - production flexibility and the reduction of surpluses on working time accounts, longer plant vacations, the capping of contracts for temporary workers and shorter working hours for core staff.

Unfortunately, in the face of a stubborn slump in demand of this great magnitude, the short-term measures at our disposal are no longer sufficient."

The project plans foresee discontinuation of commercial vehicle tire production at the plant in Hanover, Germany, with a capacity to date of 1.4 million units, as of December 31, 2009. Some 780 employees will be affected. Production at the plant in Puchov, Slovakia, will, moreover, be reduced by 20%. Together this will lower commercial vehicle tire production throughout Europe by a total of 27 percent.

In Clairoix, France, the central and local works councils were presented with a project to end tire production at the plant there, which has the highest production costs of any passenger tire factory in Europe. This action aims to reduce yearly PLT production capacity by 8 million units. 1,120 Clairoix employees would be affected. Production would be reduced in two steps and would not be completely discontinued before March 31, 2010.

"We have studied various options and concluded that the competitiveness of the tire divisions can be maintained only by closing the two plants with the highest costs - and these are the passenger tire plant in Clairoix and the commercial vehicle tire plant in Hanover," says Dr. Nikolin. "It has not been easy for us to present these plans to those concerned. Regrettably, there is no alternative. We shall continue talks on this very difficult situation with the employee representatives at the plants in question and discuss the next steps to be taken. It goes without saying that we shall do everything to provide the employees affected far-reaching assistance."

With sales exceeding EUR 24 billion in 2008, the Continental Corporation is one of the top automotive suppliers worldwide. As a supplier of brake systems, powertrain and chassis systems and components, instrumentation, infotainment solutions, vehicle electronics, tires and technical elastomers, the corporation contributes towards enhanced driving safety and protection of the global climate. Continental is also a competent partner in networked automobile communication. Today, the corporation employs nearly 140,000 at approximately 190 locations in 35 countries.

Continental is market leader for passenger and light truck tires in Europe. In the Original Equipment sector, a full 30% of all new European cars leave the factory on Continental tires. The Tire Divisions are an Official Sponsor of the 2010 FIFA World Cup South AfricaTM. For further details, visit www.ContiSoccerWorld.com.

As one of the largest manufacturers of premium tires for commercial vehicles, Continental carries a broad range of high performance products finely tailored to specific application areas for heavy duty and light trucks, buses and off road vehicles. Continental AG produces truck and bus tires under the Continental, Uniroyal, Semperit and Barum brand names.