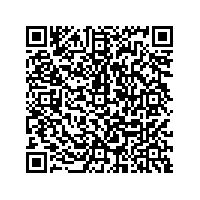 Continental Gains Speed on the Road to Success

"As already announced, Continental is well on its way to emerging from the crisis stronger than before, as demonstrated by the successes achieved in operations with the very positive development of EBIT and the EBIT margin that exceeded the precrisis margin. This is also however obvious from our balance sheet, which we have improved substantially since the beginning of the year with the capital increase and the equally successful placement of an initial bond, as announced. With this basis, we are tackling the upcoming tasks brimming with confidence," said Continental Executive Board chairman Dr. Elmar Degenhart on Thursday, on the publication of the halfyear financial report. "We were also able to reduce our net indebtedness further and significantly improve key financial figures such as the gearing ratio and the leverage ratio of net indebtedness to EBITDA**."

At €8,016.9 million, net indebtedness on June 30 was €878.6 million lower than on December 31, 2009, and €1,729.7 million lower than on June 30, 2009. Since the end of 2007, Continental has been able to reduce the net indebtedness by more than €2.8 billion. This reduction can be attributed in particular to the capital increase implemented in January 2010, which resulted in net proceeds of a good €1 billion, in addition to the strong free cash flow in the past two years. The resulting strengthening of the company's capital base (equity ratio 24.6%) in conjunction with the reduction of net indebtedness produced a gearing ratio of 133%, a major improvement in comparison to the ratio for the same period of 2009 (186%). With the most recent finance measures, it was also possible to further improve the maturities profile of the company's indebtedness.

At -€321.9 million, net interest expense improved slightly by €7.3 million in the first half of 2010 compared with the same period of last year (PY: -€329.2 million). This decrease was due, among other things, to positive (mostly noncash) effects of exchange rate changes.

The interest expenses, which resulted primarily from the utilization of the VDO loan, rose only slightly by €0.4 million yearonyear to approximately €353 million. "Thanks to the lower market interest rate as well as the substantial reduction in net indebtedness, we were able to keep interest expense at the previous year level," commented Continental CFO Wolfgang Schäfer. This was impacted, however, by a higher margin level resulting from the decline in our rating during the course of 2009, as well as the renegotiation of the terms of the VDO loan in December 2009.

A look at the two groups of the Continental Corporation confirms the recovery of the global automotive markets as well as the effectiveness of the costcutting programs initiated already in 2009. In the first halfyear, the Automotive Group generated sales of €7.86 billion and reported EBIT of €360.7 million (PY: -€440.7 million). This corresponds to a margin of 4.6%, following -8.2% a year earlier. The adjusted EBIT margin is 7.7%, after -2.1% a year ago. "So after a very good start to the year in the Automotive Group, the positive trend continues. If business continues to thrive, breakeven point for the Powertrain division will be within reach by as early as the end of this year," Degenhart explained.

In the first six months, the Rubber Group generated sales of a good €4.8 billion and reported EBIT of €690.7 million (PY: €338.3 million). The margin amounted to 14.4%, compared with 9.1% the year before. "In the first six months of this year, we already felt the effect of raw material costs, which have been rising since last year. It has however been possible to mitigate this effect with higher sales volumes on the whole. We are, though, expecting to be burdened further with roughly €250 million from rising raw material costs in the second half of 2010 alone," Degenhart added.

Outlook: Significant increase in adjusted EBIT expected Continental Executive Board chairman Degenhart confirms the outlook that was adjusted at the beginning of July. "In view of the development of Continental's most important sales markets, we are upping our sales forecast from at least 5% to about 15% for 2010. We still expect a significant yearonyear increase in adjusted* EBIT. From the current perspective, we anticipate that the adjusted* EBIT margin will be in the range of 8.0% to 8.5% for 2010. Here, we expect to be burdened with roughly an additional €250 million from rising raw material costs in the second half of 2010 alone. Special effects, which amounted to €70 million in the first half of 2010, are expected to total about €100 million for the whole year.

* Before amortization of intangible assets from purchase price allocation (PPA), changes in the scope of consolidation, and special effects.
** Adjusted EBITDA Q2/2009 to Q2/2010