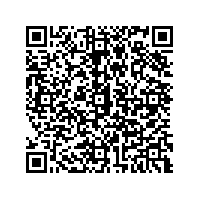 Continental AG, Hanover, is joining up with the Herzogenaurachbased Schaeffler Group as sponsoring partner of the recordsetting German football champion, FC Bayern Munich. An agreement running until 2015 was signed recently. "We are delighted with the attractive possibility our role as exclusive tire partner offers to link two premium brands, Continental and FC Bayern Munich. This adds a further component to our international football sponsoring strategy," said Nikolai Setzer, member of the Executive Board and head of the Passenger and Light Truck Tires division at Continental AG, adding: "Hooking up with Germany's most successful football club and the one best known around the world boosts the image of the premium Continental brand as a tire renowned nationally and internationally for its safety and braking performance."

The new sponsoring partnership comes on the heels of the recently announced firsttime premium sponsoring of DFB football cup competition in Germany and of Major League Soccer in the U.S. In combination with the sponsoring of the 2010 FIFA World Cup South Africa and the 2014 FIFA WM Brazil, Continental is thus making broad, longterm use of pro football as its central communications platform - both internationally as well as nationally and regionally. "After achieving a further double victory and making it into the final match of the Champions League this past season, FC Bayern Munich now plays in televised Bundesliga action to a growing fan community in the millions in- and outside of Germany. This certainly includes viewers in growth markets we have targeted in Asia. The team's numerous international appearances outside of regular competition further boost FC Bayern Munich's very high degree of visibility in connection with our premium Continental brand," remarks Setzer. "FC Bayern Munich stands for a highly professional and impassioned approach off the playing field, too. These are attributes that perfectly match our products and our brands."

In this case, as he points out, Continental benefits from the Herzogenaurachbased Schaeffler Group's longstanding ties to FC Bayern Munich. The former paved Continental's way to this additional sponsoring opportunity. In the runup to the 2010 FIFA World Cup South Africa, Continental supported the nationwide kickHIV! action days initiated by the "Go Ahead!" relief organization against AIDS in South Africa, as did FC Bayern Munich's international Philipp Lahm.

The sponsoring package encompasses, in particular, perimeter advertising for all Bundesliga home games, including exclusive ticket allotments for these as well as DFB cup and Champions League matches. Sponsoring of DFB cup competition also provides Continental with additional tickets for games involving FC Bayern Munich as reigning champion. In the future, the football stars from Munich will, moreover, be playing it safe by traveling on premium tires from Continental, the market leader, when out and about in the team's MAN bus and in service vehicles from Audi, another sponsoring partner.

Continental is the only tire manufacturer to supply a comprehensive range of industrial tires, making it the No. 1 in Germany and Europe, and one of the top three worldwide. The tire divisions are an official sponsor of the 2014 FIFA World Cup Brazil(TM) . For further details, please visit www.ContiSoccerWorld.com.