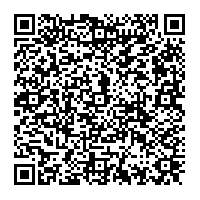 After a Good First Half-Year, Continental Increases Forecast for Adjusted EBIT Margin to Around 11%

After a successful first half of the year, the Continental Corporation is raising its earnings forecast for fiscal year 2015. "We are aiming to achieve an adjusted EBIT margin of around 11% for the year as a whole, after previously having anticipated a margin of more than 10.5%. Based on the positive development in the first half of the year, we are also raising our forecast for free cash flow before acquisitions from at least €1.5 billion to at least €1.8 billion," said the chairman of the Continental Executive Board, Dr. Elmar Degenhart, on Tuesday at the presentation of the business figures for the first six months.

"We proved how strong we are in a challenging environment and followed up on the good first quarter of 2015 with further growth of 4.4% before changes in the scope of consolidation and exchange rate effects in the second quarter. This was also attributable to double-digit sales growth in Asia. Despite a slowdown in the growth rate of vehicle production in Asia, we anticipate stable business development in the remaining half of the year at the high level already achieved," explained Degenhart.

"Due to our financial strength, we were and will continue to be able to finance the acquisition of Veyance Technologies and the dividend payment as well as the acquisition of Elektrobit Automotive GmbH with our own funds and existing credit lines. We will also redeem our U.S. dollar bond with a volume of U.S. $950 million early in September this year, four years ahead of its maturity date. There are currently other debt instruments that have considerably more favorable terms than the bond issued. Over the next few weeks, we will decide which of these we will use in the future," explained CFO Wolfgang Schäfer. "Our net indebtedness is currently expected to be below €4 billion at the end of the year," he emphasized.

As at June 30, 2015, Continental had a liquidity buffer of €6.4 billion, comprising €2.3 billion in cash and cash equivalents and €4.1 billion in committed, unutilized credit lines.

Continental created new jobs again. As at the end of the second quarter of 2015, the corporation had over 205,000 employees, roughly 16,000 more than at the end of 2014. The number of employees in the Automotive Group rose by almost 4,000 as a result of increased production volumes and expansion of research and development. In the Rubber Group, further expansion of production capacity and sales channels and the acquisition of Veyance Technologies by the ContiTech division led to an increase of around 12,000 employees. Compared with the reporting date for the previous year, the number of employees in the corporation was up by a total of approximately 19,000.

In the first six months of this year, the Automotive Group generated sales of €11.9 billion. At 9.1%, the adjusted EBIT margin was higher than the previous year's level of 8.4%.

The Rubber Group generated sales of €7.7 billion in the first half of 2015 and improved its adjusted EBIT margin by 1.3 percentage points, year on year, to 18.6%.