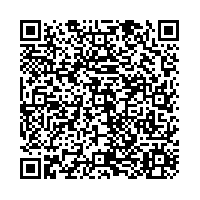 (PresseBox) ( Malmö, Sweden, 10-11-09 )
Wireless innovator connectBlue today unveils unique Bluetooth capabilities for Apple iPhone, iPod touch or iPad in industrial and medical applications. Though highly sought-after in these applications, wireless connectivity between an iPhone/iPad and a device/vehicle/instrument has been cumbersome to implement. Now, a solution is in place as connectBlue has implemented its industrial wireless expertise in ready-to-go software and modules.

"We see an increasing interest in using Apple iPhone, iPod touch or iPad as an operators' user interface in industrial and medical devices," says Rolf Nilsson, CEO of connectBlue. "A strong contribution to this trend is the new support for easy and powerful iPhone apps in the devices. Up till now, wireless implementation has however not been straight forward."

Initially, an operator may look at implementing connectivity between a device and Apple iPhone / iPod touch / iPad through a Wireless LAN TCP/IP based network. However, an iPhone can only be connected to one network at a time while an iPhone application wants to simultaneously interact with several devices as well as the Internet. Therefore, the operator finds himself/herself looking at the alternative of connecting the device (wired or wirelessly) as an accessory directly to the Apple product.

For the Bluetooth wireless connection, the iPhone demands a specific Apple Accessory Protocol in order to communicate between the device (accessory) and the iPhone. It also requires an Apple specific authentication co-processor in the accessory.

"We have solved this in a ready-to-go Bluetooth connectivity solution. connectBlue has developed a unique software that takes care of the Apple Accessory protocol," explains Nilsson. "Also, we have solved the need for the specific Apple authentication co-processor by connecting the device host CPU directly to the connectBlue Bluetooth module. Now, the interaction between the iPhone/iPad and the industrial/medical device can be seamless."