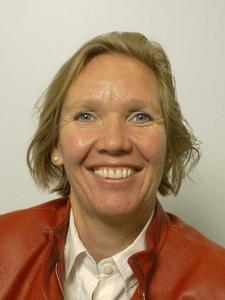 (PresseBox) ( Aachen/Hannover, 08-02-27 )
At the CeBIT 2008 Compumatica secure networks presents the new product line CryptoGuard VPN5000 with encryption systems for companies and government. These systems fulfil the strongest security norms, work with IPsec and symmetric algorithms and are compatible with former systems.

Compumatica developed the VPN5000 series in close co-operation with the Ministry of Interior and Kingdom Relations of the Netherlands. She fulfils the strongest requirements of the NL NCSA (National Communications Security Agency). The developers of Compumatica guarantee the compatibility of the newest systems with the former released systems of the CryptoGuard family.

„Our customers want to be downwards compatible, because many of them use ten years old systems “, explains Petra van Schayik, general manager and responsible for sales and marketing at Compumatica. „Many people ask, why they need a maintenance contract, because the systems seldom break down“, explains Anton Hopmans, also general manager and technical manager, with a smile: „I explain that a maintenance contract not only gives the right for hardware repair but also the opportunity to install the latest software. Even for systems which are in use for many years already.

The CryptoGuard VPN 5000-family offers beside IPSec-encryption also. symmetric encryption This method is more appropriate in fast satellite connections than IPSec, because the length of the data packets doesn’t increase after encryption. Satellite connections are implemented more and more because of their independency of local infrastructure and flexibility as well at home as abroad. This makes the CryptoGuard VPN 5000 very attractive for other EU-governments and companies and NATO-countries.

The encryption systems can be installed without downtime of the normal network: the VPN-Box is simply installed in the existing network between router and end-devices. This way a convenient migration from a plain text network into an encrypted network is possible without downtime and changes to the configuration of the network.
An exceptional highlight is the use of a chip card with the AES algorithm for high secure encryption. This smart card replaces the CryptonBoard, a technology of Compumatica for the ADES-algorithm. The implemented firewall-functionality allows the filtering on source and destination, different protocols and port numbers. For the firewall the Compumatica-principle rules: „What not explicitly is allowed, is automatically forbidden.“

Compumatica secure networks produces high-level security solutions for medium-sized and large networks in highly sensitive environments. Compumatica develops, produces and implements crypto-systems for organizations with maximum security demands in public authorities, banks, insurance companies and industrial enterprises. The system provider, based in Aachen/Germany, hands the security management completely over the user. Every customer can thus be sure that no hidden loophole makes his highly sensitive data recognizable for others.

Compumatica demands staff and products to meet high standards of reliability and quality. The products are based on systems that are approved, or even certified, according to the strict regulations of the BSI. Every single product goes through a quality assurance phase in which it is subject to a long-term test.
www.compumatica.eu