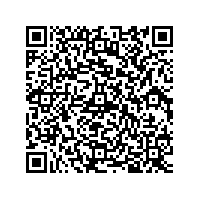 Subscribe to news
(PresseBox) ( Koblenz, 09-06-25 )
CompuGROUP Holding AG, one of the leading e-health service providers in the world, has shown its ability to compete successfully with a large number of international firms. CompuGROUP placed sixth in the newly introduced Lünendonk List of the "Top 25 Standard Software Suppliers in Germany" - testimony to the strength of the firm, which earned an out-standing second-place ranking in the list of small-and mid-sized businesses in 2008.

Unlike many other business sectors, the standard software market in Germany was only marginally affected by the financial and economic crisis in 2008. In fact, total revenues from sales of standard software rose by roughly 5.3 percent to 14.7 billion EURO according to statistics released by Bitkom, the industry trade association. The top 25 companies accounted for 7.8 billion EUR of total standard software sales in Germany, which equates to a domestic market share of 53 percent.

CompuGROUP also belongs to this group of strong revenue drivers. With domestic turnover up by 14 million EUR and a 49.2 million EUR gain in total revenue to 229.2 million EUR, the Koblenz-based e-health service provider earned an excellent sixth-place ranking among the top 25 standard software suppliers in Germany. Thus CompuGROUP is one of three companies with home offices in Germany to place within the top six, following SAP AG (2nd place) and Datev AG (4th place).

"We are proud of this excellent ranking. Our innovative products in particular prove that decision support has become the third pillar and the decisive success factor in support of healthcare providers, along with medicinal treatment and medical tech-nology. It is no coincidence that we reach more healthcare providers with our intel-ligent software than any of our competitors. That is clearly reflected in our revenue figures, which we hope to increase again this year - through a balanced combina-tion of acquisitions and organic growth. In this way, we added 385 employees to our workforce in Germany last year alone," notes Volker Zimmermann, CompuGROUP Human Resources Director, with reference to the top ranking in the Lünendonk List.

Lünendonk GmbH of Kaufbeuren analyzes and advises companies in the fields of information technology, consulting and services throughout Europe. The market research and market consulting firm has been publishing its Lünendonk Lists, which describe the revenue potentials of international and German companies in selected markets, since 1984. The lists also rank the international performance of these companies on the basis of their total revenue. The current lists can be reviewed and downloaded at www.luenendonk.de/....