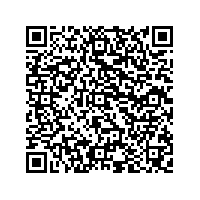 Non-GAAP net income in the second quarter of fiscal 2009 was $72 million, or $0.39 per diluted share, compared to $71 million, or $0.38 per diluted share, in the comparable period last year. Non-GAAP net income excludes the effects of amortization of intangible assets primarily related to business combinations and stock-based compensation expense and the tax effects related to those items. In addition, Non-GAAP net income for the second quarter of 2009 excludes charges recorded in connection with the restructuring program that the company implemented in January 2009, and the tax effects related to those items. "I'm pleased with our second quarter results," said Mark Templeton, president and chief executive officer for Citrix. "We are still in a tough economic climate, especially in the EMEA market, but our customers are embracing IT as an on-demand service, confirming our strategy around desktop virtualization, the next generation datacenter and SaaS."

- Product license revenue decreased 15 percent;
- Revenue from license updates grew 9 percent;
- Online services revenue grew 18 percent;
- Technical services revenue, which is comprised of consulting, education and technical support, grew 3 percent;
- Revenue increased in the America's region by 3 percent, decreased in the EMEA region by 12 percent, and decreased in the Pacific region by 4 percent;
- Deferred revenue totaled $538 million, compared to $476 million on June 30, 2008;
- GAAP operating margin was 10 percent for the quarter, and non-GAAP operating margin was 22 percent for the quarter, excluding the effects of amortization of intangible assets primarily related to business combinations, stock-based compensation expense and costs associated with the restructuring program;
- Cash flow from operations was $86 million; and The company repurchased 1.3 million shares at an average price of $30.32.

Due to the volatility of market conditions in the foreseeable future, it is more likely that Citrix's actual results could differ materially from expectations. Similar to the financial outlook we have provided for the last two fiscal quarters, the company is continuing to provide less quantitative guidance than it has historically.

Financial Outlook for Fiscal Year 2009 Our financial outlook for the full fiscal year 2009 for both net revenue and non-GAAP operating margin remains unchanged.

- The company expects net revenue to be flat as compared to 2008; and
- Non-GAAP operating margin is expected to increase by as much as 100 basis points compared to non-GAAP operating margin from the prior year, excluding the effects of amortization of intangible assets primarily related to business combinations, stock-based compensation expense, and restructuring charges, as well as prior year exclusions of in process research and development related to business combinations.

Company, Product and Alliance Highlights During the second quarter of 2009, Citrix:

Conference Call Information Citrix will host a conference call today at 4:45 p.m. ET to discuss its financial results, quarterly highlights and business outlook. The call will include a slide presentation, and participants are encouraged to listen to and view the presentation via webcast at http://www.citrix.com/....

This release contains forward-looking statements which are made pursuant to the safe harbor provisions of Section 27A of the Securities Act of 1933 and of Section 21E of the Securities Exchange Act of 1934. The forward-looking statements in this release do not constitute guarantees of future performance. Investors are cautioned that statements in this press release, which are not strictly historical statements, including, without limitation, statements by Citrix's president and chief executive officer, statements contained in the Financial Outlook for Third Quarter 2009 and Fiscal Year 2009 sections and under the Non-GAAP Financial Measures Reconciliation section, and statements regarding management's plans, objectives and strategies, constitute forward-looking statements. Such forward-looking statements are subject to a number of risks and uncertainties that could cause actual results to differ materially from those anticipated by the forward-looking statements, including, without limitation, the impact of the global economy and uncertainty in the IT spending environment, including European markets; the success and growth of the company's product lines, including risks associated with successfully introducing new products into Citrix's distribution channels; the company's product concentration and its ability to develop and commercialize new products and services, including its virtualization offerings, while maintaining growth in its core products, especially XenApp; failure to execute Citrix's sales and marketing plans; failure to successfully partner with key distributors, resellers, OEM's and strategic partners and the company's reliance on and the success of those partners for the marketing and distribution of the company's products; the company's ability to maintain and expand its business in small sized and large enterprise accounts; the size, timing and recognition of revenue from significant orders; the success of investments in its product groups, foreign operations and vertical and geographic markets; Citrix's ability to develop server, application and desktop virtualization products, and jointly market those products with Microsoft; the introduction of new products by competitors or the entry of new competitors into the markets for Citrix's products; failure to further develop and successfully market the technology and products of acquired companies, including the possible failure to achieve or maintain anticipated revenues and profits from acquisitions; the management of anticipated future growth and the recruitment and retention of qualified employees, including those of acquired companies, and any disruptions due to changes in key personnel; risks in effectively controlling operating expenses, including failure to manage unexpected expenses and to achieve anticipated cost savings from Citrix's cost reduction initiatives; impairment of the value of the company's investments; the effect of new accounting pronouncements on revenue and expense recognition; litigation; changes in the company's pricing and licensing models or policies or those of its competitors; charges in the event of the impairment of assets acquired through business combinations and licenses; competition and other risks associated with the markets for our Web-based access, collaboration and customer assistance services and for our Web application delivery appliances; risks of political and social turmoil; and other risks detailed in the company's filings with the Securities and Exchange Commission. Citrix assumes no obligation to update any forward-looking information contained in this press release or with respect to the announcements described herein.

Citrix Systems, Inc. (NASDAQ:CTXS) is a leading provider of virtualization, networking and software-as-a-service (SaaS) technologies for more than 230,000 organizations worldwide. Its Citrix Delivery Center(TM) , Citrix Cloud Center(TM) (C3) and Citrix Online Services product families radically simplify computing for millions of users, delivering applications as an on-demand service to any user, in any location on any device. Citrix customers include the world's largest Internet companies, 99 percent of Fortune Global 500 enterprises, and hundreds of thousands of small businesses and prosumers worldwide. Citrix partners with over 10,000 companies worldwide in more than 100 countries. Founded in 1989, annual revenue in 2008 was $1.6 billion.