Ciklum announces its partnership with Berlingske Media where it will establish and support for the latter a dedicated software development team in Ukraine. 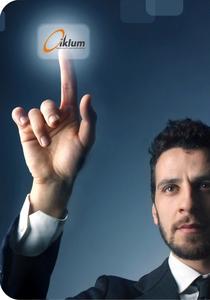 (PresseBox) ( Copenhagen, 10-05-17 )
Danish media giant Berlingske Media is in the process of building a development center in the Ukrainian capital, Kiev, in order to develop a number of functions to be used in present and future online solutions.

The primary advantages are the time zone, the short distance and the culture. By placing the assignments in Ukraine Berlingske Media can expand capacity in order to develop faster and at fair costs. A24-year-old project manager in Kiev has already been hired, but the plan is to build a staff of 20 that together with the IT department in Denmark is meant to drive towards the Berlingske online success.

Everything is done in a partnership with Danish-owned Ciklum that was founded eight years ago by a Dane who moved to Kiev, and who today has around 700 employees in the four largest cities in Ukraine. According to Danish country manager, Arne Hansen Djernæs, more than helped approximately 100 of the clients that develop software through Ciklum, are Danish.

Ciklum recruits employees directly from the Ukrainian universities, and they make more money by having a Western employer, while they still get to stay and work in their own country.

Ukraine has indeed become attractive Increasingly in recent years. It is not only Danish or Scandinavian companies that choose Ukraine. Central-and Eastern European companies do it too. Costs are important and in this respect, Ukraine has proven to be more attractive than Russia. Scandinavia has previously used the Baltic countries, especially Estonia, but Estonia is very small compared to Ukraine.

ITEK, Danish industry's trade union for IT and Telecommunications still believe in outsourcing to Ukraine as Long as it is possible to hire new and skilled workers in the country.

"In 1999-2000, when companies outsourced IT assignments to the Baltic countries, the countries quickly ran out of skilled people because the countries were small. We have therefore looked at the new EU countries such as Romania and Bulgaria, and here are indeed a lot of skilled workers. But one tends to forget how big is Ukraine, - and then it is not as far to Kiev than to Bangalore and Malaysia, so it is much easier to bring people back and forth, "says ITEK's January Zneider.

Ciklum (www.ciklum.net), is a Danish IT outsourcing company specializing in nearshore software development and servicing clients Establishing by 'own development teams in Ukraine, with an option of extending them further to Pakistan. The environment of services and knowledge sharing within the company helps clients to market quickly and with less risk and minimal investment. Established in 2002, Ciklum employs more than 800 specialists with more than 100 globally-client teams. Ciklum has six development offices in Ukraine and two in Pakistan, as well as representative offices in Denmark, Sweden, United Kingdom, Switzerland, Germany and the Netherlands. Ciklum is a winner of the Red Herring 100 Europe 2009.

About Berlingske Media
Berlingske Media (www.berlingskemedia.dk) is one of the largest Danish media publishers and supplier of both printed and digital publications. Some of the most famous print is: Berlingske Tidende, BT, Urban Enterprise magazine, Weekend newspaper Business World Magazine and the Business Recorder.