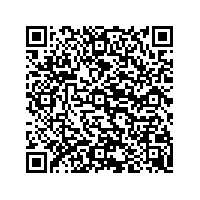 Shift in technology completed in the next two years at the most
Thanks to the setting up of digital capacities and skills in good time, CeWe Color coped well with two-thirds of the transfer process from conventional to digital photography in the period between 2002 and 2005. The remaining third will have been completed over the coming two years. CeWe Color will then once again be generating growth, in terms of both sales and turnover, primarily with digital products. During the past ten years CeWe Color has invested more than 200 million euros in setting up digital technologies and production capacities. In the business year of 2005 36.2 million euros (previous year: 37.2 million euros) were invested in expansion, in enhancing infrastructure for the purpose of optimising procedures and increasing productivity. Investments will be reduced to 28.0 million euros for 2006, since required capacities have now been established. Depreciation was reduced by 10 % in 2005, from 44.3 million euros to 39.9 million euros, of which 4.8 million euros was for depreciation on goodwill.

My CeWe photo book: a highly-attractive added-value product
In late summer 2005 CeWe Color launched its CeWe photo book as a brand-name product. Consumers can collect their digital photos in a photo book they have designed themselves. They put together a personal photo book on their home PC. The easy-to-use software for the CeWe photo book is available free-of-charge per download under www.cewe-photobook.com or per CD ROM in stores supplied by CeWe Color. As early as in the business year of 2007 CeWe Color intends to generate at least 10 % if its digital photos sales with more than one million photo books sold.

CeWe Color also has other photo gift articles with personal photos in its range of products. These include photo mugs, mousepads, crystal photos, teddy bears, T-shirts, etc. Last year the corporate group generated just over 3 % of its digital turnover with photo gift articles.

Expansion in Great Britain and Central Eastern Europe
CeWe Color acquired photofinishing company Standard Photographic near Birmingham on November 1, 2005 in order to be able to meet demands for photo services from international trade partners in Great Britain too. The company achieved a turnover of 6 million euros in 2005. CeWe Color is projecting turnover totalling 10 million euros for the market in Great Britain in 2006 now that comprehensive reconstruction measures have been completed. The company also commenced with processing the markets in Slovenia, Croatia, Lithuania and Romania in October 2005. CeWe Color is supplying the new Central European countries from current production plants in Graudenz (northern Poland), Budapest (Hungary) and Bratislava (Slovakia).

2006 outlook
A high degree of efficiency in production and logistics has enabled CeWe Color to become cost leader in European photofinishing. Market leadership in Europe has always been based on low unit costs and first-class technology. 2006 will be another year of adapting to shifts in technology from conventional to digital photography as well as to shifts on the markets. The company will be putting more effort into product development and marketing in order to attract consumers' attention to CeWe products. In addition capacities will be adjusted and costs will be reduced in various areas of business. Programs for enhancing the profitability of products, services and supplies to customers are to be implemented to offset a decline in profits generated by photos developed from films. The Board of Management has budgeted for an amount of 10 million euros for measures which have already been commenced.

The process of transformation will be completed in 2007 and 2008. As of 2007 CeWe Color will be generating growth once again, primarily with digital products and services.