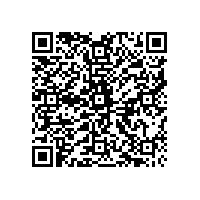 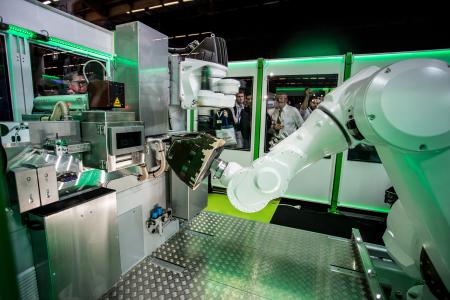 (PresseBox) ( Taufkirchen bei München, 17-12-07 )
Starting with a sensational market launch and ending with exciting extensions of Fiber Patch Placement technology, 2017 was an impressively successful year for the patch placement specialists of Cevotec that give manufacturers a new preferred option to automate their production of complex fiber composites.

In March 2017 at the JEC World Composites Show in Paris, the world premiere of industrial Fiber Patch Placement preforming system SAMBA and matching CAD-CAM software ARTIST STUDIO aroused a lot of interest. “After several sneak previews with our system in a VR environment, people for the first time could watch SAMBA integrally creating a complex fiber preform: an aerospace gearbox with concave and convex surfaces, 90 degree angles and small radii”, Felix Michl, CTO of Cevotec recapitulates the event. “The speed of one patch per second and the accuracy of the layup system impressed representatives of industry, science and media alike.” “Also, the advantages that the matching CAD-CAM software ARTIST STUDIO offers for digital product development were seen with great interest,”, adds Dr. Neven Majic, Cevotec’s EVP of Software Technology.

“With the market launch we have scored a major success”, Thorsten Groene, Managing Director of Cevotec remarks. “But the next masterstroke followed already three months later: At the Paris Air Show, Cevotec presented the world’s first patched aircraft window funnel.” The biaxially curved and annularly closed funnel preform requires a constant radial and circumferentially oriented fiber architecture. A real challenge for the patch specialists. And a real eyecatcher in the Concorde Hall of Le Bourget and the ESA pavilion, where Cevotec as partner of the Starburst Accelerator and the ESA Business Incubation Program, was invited to present the extraordinary prototype.

Another three months later, at Composite Europe in Stuttgart, Cevotec already showcased frequently requested extensions of the SAMBA system and the ARTIST STUDIO CAD-CAM software: The software is being equipped with an interface to standard FEM software, enabling the calculation and simulation of mechanical properties of patch laminates. On the hardware side, scalable SAMBA Series system variants were presented to meet the requirements of almost every production setting. In addition to SAMBA Pro, that is particularly suited for a flexible, high-volume batch production of components, now also SAMBA Scale and SAMBA Step are available. SAMBA Scale for high-volume production processes up to 15 kg of material per hour. Combined to a production line, the SAMBA Scale cells reach a constant throughput of up to 100 kg per hour, even when producing highly complex 3D-preforms. Thanks to multiple patch robots, also hybrid fiber components made e.g. from carbon and glass fiber, can be integrally build, increasing the developers’ design freedom regarding fiber materials. SAMBA Step on the other hand, with its flexible degree of automation, is made for small scale production, prototyping and R&D, also regarding its price tag.

Alongside these developments, Cevotec’s specialists also focus on the material which the SAMBA systems process. As the right fiber is crucial for the quality of a composite part, Cevotec’s own high-quality dry carbon fiber tape will soon be commercially available and is also suited for other fiber placement processes like AFP and ATL. Also, responding to an increased demand for prepreg processing, Cevotec announces the launch of a SAMBA version for prepreg processing in the early 2018. The next opportunity to get more information and meet Cevotec personally will be at the Composites and Advanced Materials Exposition (CAMX) in Orlando, Florida (December 11-14).