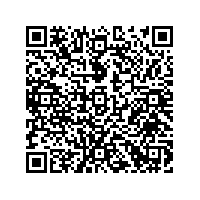 RED is generally designed for the use of radio equipment (transmitters and/or receivers). Also broadcast receivers are regulated within the RED, in the same way as products with an implemented radio transmitter or radio receiver. Especially for broadcast receivers, this is an immense alteration. Under the R&TTE, products such as radios, TV-receivers or DVB-T receivers had to be tested according to the EMC directive.

As of 13 June 2017, all products regulated by the scope of RED must also meet the RED requirements. Otherwise, products cannot be marketed within the EU anymore.

For further information and details, please do not hesitate to get in touch with us:
https://www.cetecom.com/...

For over twenty years, CETECOM has been renowned as an independent provider for test and certification services. With test labs in Europe, North America and Asia, CETECOM provides consulting, testing and certification for wireless technologies such as Cellular, Bluetooth, Wi-Fi, RFID, NFC, WPT and Radar. We furthermore perform a wide range of testing in the areas of EMC, Radio, OTA, SAR, field trials, electrical safety and acoustics.