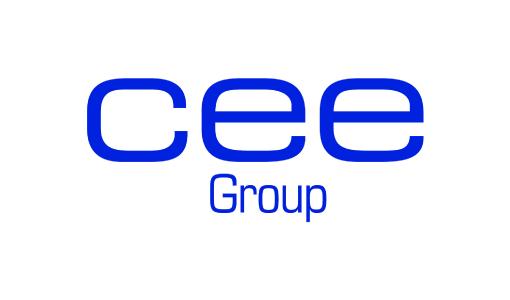 (PresseBox) ( Hamburg, 20-09-30 )
The Rheinhessen-based project developer juwi has sold two wind farms totalling 23.6 MW of capacity. The 11 MW Ebenheim wind farm (Thuringia, district of Gotha) consists of two GE 5.5-120 turbines and a hub height of 161 m, and the Haunetal wind farm (Hesse, district of Hersfeld-Rotenburg) consisting of four Vestas V150 turbines each with an output of 4.2 megawatts and hub height of 166 m. Three of the four turbines have been acquired by CEE, the remaining turbine was developed by juwi as a community development.

juwi and CEE Group have a longstanding relationship, with the transaction marking the eighth joint renewable project together. CEE Group recently acquired the Mohlis wind farm, which included the thousandth wind turbine completed by juwi – a milestone for juwi, a renewable energy pioneer.

“We are all the more delighted to be able to maintain this solid, long-standing business relationship and realise two projects with CEE this year”, states juwi CEO Michael Class, commenting on the deal. “We would like to express our thanks for this successful collaboration which has always been conducted on the basis of trust. This has shown once again that CEE is able to implement two project transactions reliably and efficiently almost simultaneously.”

Detlef Schreiber, CEO of CEE Group said: “We are pleased to have successfully closed another transaction with juwi who have been a valued partner since 2011. CEE Group’s success is underpinned by our history of collaboration with partners, with whom we have completed over 800 MW of capacity. juwi Group has clearly been such a partner since 2011, and we hope that we will continue to work together as successfully in the future on both German and international transactions.”

Jens Schnoor, CEE Investment Director, added: “The collaboration with juwi was once again very successful, and we look forward to working together in the future.”

The purchase price was not disclosed. Longstanding partners of juwi and CEE Group, Deutsche Kreditbank AG and Berliner Volksbank eG financed the acquisition.

Both wind farms are now under construction with commissioning expected in summer 2021.

juwi was founded in Rheinland-Palatinate in 1996 and is based today in Wörrstadt near Mainz. MVV Energie AG from Mannheim has been the partner and owner of juwi Group since the end of 2014. juwi Group employs around 850 staff worldwide and is involved in projects with offices on all continents.

To date, juwi has realised more than 1,000 turbines with an output of more than 2,400 megawatts at around 180 locations around the world in the wind sector; in the solar segment, the figure is more than 1,700 PV installations with a total output of more than 2,700 megawatts. Together, these energy systems produce more than 8 billion kilowatt hours of electricity every year; this corresponds to the annual requirement of around 2.6 million households in Germany. In the last 20 years, juwi has initiated a total investment volume of around 9 billion euros for the implementation of energy projects.

The asset manager, CEE Group, which specialises in investments in renewable energies, has expanded its onshore wind energy portfolio to 801 MW with the acquisition of the Haunetal and Ebenheim wind farms. In the onshore wind energy sector, CEE Group based in Hamburg now has turbines with an installed output totalling around 528 MW as well as photovoltaic systems of around 273 MWp; in 2019, electricity production totalled approx. 1.2 billion kilowatt hours.

With assets under administration of around €1.6 bn, CEE Group invests in energy generation projects in the wind and solar sectors. Investors in CEE Group are institutional investors with a long-term interest in renewable energies. CEE Group was acquired by Brookfield Asset Management in 2017.