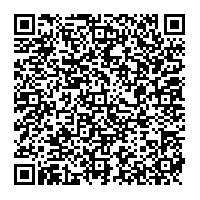 Construction products are no toys! EU Commission in favor of CE-marking of drainage systems in green roofs 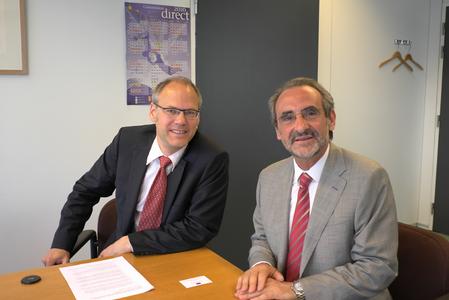 VL: The European Commission is the biggest defender of CE marking. Those who say something different have not understood our message correctly.

CE marking is a symbol under the so called "New Approach Directives" reflecting and meaning that a product is safe. Take, for example, a toy, it cannot be placed on the European Market without the CE mark. The CE mark means that the product is safe, in other words, children can use the toy without any risk of their health and/or safety.

CE marking in the framework of the Construction Product Directive (CPD) is slightly different because a construction product is not a consumer product, it is an intermediate product. In reality what has to be safe is the building, the bridge, not the product.

CE marking as such can therefore not have a common meaning. CE marking of construction products does not refer to its safety but refers to its performance. Manufacturers in the EU declare the performance of their construction products based upon European harmonized standards i.e. they use all the same (harmonized) tests and testing methods. They all follow the same procedures mentioned in the CPD.

Construction products are designed to be incorporated into a building. Buildings have to be safe. As national authorities are more aware of local traditions, techniques and closer to buildings as such, safety is the responsibility of the national authorities.

When national authorities impose performance of a product it should be based upon the same parameters as mentioned in a harmonized standard. This allows, for example, a Spanish window manufacturer to place its windows on the German market.

2. Do complete systems or kits fall under the scope of the CPD?

VL: Yes; systems - or so called kits - fall under the definition of a construction product. If there is a harmonized standard then these kits can be CE marked. There are some kits as you mentioned for green roofs which are not yet covered by a harmonized standard. In this case the manufacturer can apply with such a kit for a European Technical Approval (ETA). CE marking can then be done on the basis of the ETA.

3. If for a component of a kit there is a harmonized standard does this component need to be CE marked separately or is it sufficient if the kit as such is CE marked?

4. Just to get things clear if the kit is placed on the market as such and there is a harmonized standard for a kit then the kit needs to be CE marked.

VL: Yes, this is correct!

VL: This is absolutely correct!

VL: Green roof systems, as you said, are not covered by any harmonized standard, so green roofs as such cannot yet be CE marked. The manufacturer can ask for an ETA.

7. In the articles it is further mentioned that certain raw materials could not be assessed for durability as there was no testing method mentioned in the standard hEN 13252. In the mandate, however, I read that durability requirements should be dealt with in the framework provided by the state-of-the-art at present! Can you please explain what is meant by this?

What you have said is absolutely true. The standards provide for some type of materials harmonized tools for assessing the durability. However, for other materials the experts have not been able to provide a harmonized tool as it apparently does not exist.

8. Does the standard hEN 13252 not limit its scope to the materials mentioned in the standard?

VL: This is our interpretation after a detailed analysis of the standard and after discussions with technical experts in CEN dealing with this standard. We erroneously gave a slightly different interpretation earlier.

9. When did you give this wrong interpretation?

VL: About one year ago, I do not remember exactly. But, as I said before, we are not the technical experts, so we believed what the experts from some parties concerned told us. What we understood from these technical experts was contested by other technical experts from other interested parties, including the relevant CEN Technical Committee, who claimed that this interpretation did not exactly follow what was in the standard.

Afterwards, I personally had a look at this standard and realised that the interpretation given earlier was not correct.

10. In Germany a leading manufacturer of green roof systems issued a press statement in February (the one you have in front of you) questioning the validity of the DIN EN 13252. What is your reaction to this?

VL: In our opinion the statement of this company is not correct. It is not in conformity with the standard. Initially we did share the same opinion as this company gave us some arguments we considered valid. However after having a closer look at the standard and consulting the CEN we no longer share this opinion.

11. There will be a successor for the CPD, the so called Construction Product Regulation (CPR). Why is this new regulation proposed?

VL: This is of course a question we had to answer ourselves when we made the proposal for the CPR. We had three reasons for this: First, to clarify the concept of CE marking which in our opinion was not clear, for example, CE marking of construction products in comparison with the CE marking of toys.

So our first objective was to clarify, the second one was to simplify the procedures. Simplify the way to declare the performance of a product.

The third objective was to improve the credibility of the system. If you buy a construction product you are likely to have CE marking and a national quality mark like, for example, KOMO in the Netherlands. People apparently do not fully rely on the CE mark and feel that the national mark is better.

12. Under the new CPR the declaration of performance is introduced. Why is that and what is its purpose?

VL: In reality, this is already, implicitly, the key concept of the CPD but it has not been correctly understood in the past. This is maybe the first point that the CPR intends to clarify in respect to the CPD. This means that the CPR, or the CPD, is, first of all, an information system. The manufacturer has to - or in our mind may if he wants to or if it is necessary - inform the user about the performance of the product. Then the CE marking is only a symbol expressing that this declaration of performance has been obtained by using the means of the harmonised standard and following the procedures foreseen in the CPR.

13. On 25th May this year a political agreement on the draft regulation establishing harmonised conditions for construction products has been reached. Has your work now finished?

VL: No, unfortunately not (laughs), at least this means that the work has progressed from the procedural point of view.

14. When do you expect the CPR will come into force and which hurdles need still to be taken?

VL: Mid to end of January will be the second reading two months afterwards we will hopefully have the proposal adopted, so it will come into force two years after. By mid 2013 we will normally have the CPR active. We do not expect any major difficulties on the way, but it still means a great deal of work.

Recommend Construction products are no toys! EU Commission in favor of CE-marking of drainage systems in green roofs press release