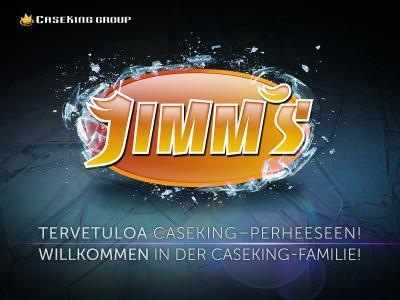 (PresseBox) ( Berlin, 18-03-19 )
Caseking (“the Company”), Europe’s #1 go-to platform for gaming enthusiasts and performance gamers backed by Equistone Partners Europe (“Equistone”), has acquired Jimm’s PC Store Oy, the leading eCommerce retailer for pc gaming equipment in Finland. The acquisition will strengthen the Caseking Group’s position in the Scandinavian market, while the unique Caseking product range will open up growth opportunities for Jimm‘s. The financial terms of the deal are undisclosed.

Equistone acquired Caseking in March 2014 and has since supported the Company’s growth strategy. Having acquired leading British hardware component supplier Overclockers in 2012, Caseking has strengthened its presence in other key European regions since Equistone’s investment by acquiring Hungarian company Kellytech in July 2014, Portugal-based Globaldata in February 2017 and Sweden-based Trigono in October 2017. The acquisition of Jimm‘s is intended to support Caseking’s expansion in the Scandinavian market. Since 2001, Jimm‘s has operated as the preferred supplier of high end pc systems, gaming peripherals, components and accessoires to the strong growing community of pc gamers and computer enthusiasts. Jimm‘s operates an own logistics center in Turku and currently generates annual revenues of approximately 45 million euros.

Toni Sonn, Co-Founder & Managing Director of Caseking, commented: “By acquiring Jimm‘s, Caseking has secured a business with market leading position in Finland in the highly attractive target customer group of pc gaming enthusiasts and performance gamers. This will provide Caseking with impetus for growth in an exciting and promising market. We look forward to working with the highly-skilled, experienced team led by Jimm’s CEO Antti Järvinen.”

Antti Järvinen, CEO of Jimm‘s, said: “Having been with Jimm‘s for the past 15 years, I’m deeply committed to finding the most suitable partner for the business. After meeting with Caseking it was clear that the companies were a perfect match. Caseking shares the same customer-centric business philosophy that we have established at Jimm‘s, and has successfully retained this identity while expanding into new markets.

With Caseking’s support, Jimm‘s will continue to develop and strengthen its position in Finland as a leading one-stop-supplier for the demanding gaming and eSports community.”

Alexis Milkovic, Partner at Equistone, who alongside Leander Heyken, Partner at Equistone, oversees Equistone’s investment in Caseking, said: “The integration of Jimm‘s is another important strategic step for the Caseking Group. Our goal is to further support its expansion into new markets and to thereby strengthen the Company’s existing position by growing its product portfolio. This is an area in which we’ve made significant progress since our investment. Caseking enjoys an outstanding position in many European countries, in a market that is experiencing strong growth with a discerning and brand-aware customer base. We are glad to support the expansion of Caseking, and its continued growth in the future.”