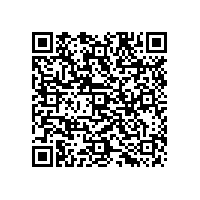 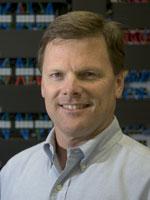 (PresseBox) ( Berlin, 13-04-09 )
Canto, maker of Canto Cumulus digital asset management (DAM) software, today announced that Jack McGannon, former Chief Executive Officer of Document Sciences (NASDAQ: DOCX), is joining Canto, Inc. in the role of CEO. Following a transition process in April, current CEO Ulrich (Uli) Knocke will leave the company. In late 2012, Knocke expressed to the board his desire to focus his future work more closely on developing products and getting closer to users. He plans to travel extensively around the world in 2013 before moving to his next opportunity. “Uli has done a fantastic job bringing Canto to its current level of success”, said Russell Pyne, chairman of Canto’s board. “We wish him well in all of his future endeavors.”

Based in San Francisco, McGannon will have offices in San Francisco and Berlin and will split his time between the two locations. Under his leadership, the company will focus on growing and supporting its customer base of several thousand and investing in development activities to address the changing technology landscape.

“I am very excited that Jack has joined Canto,” said Uli Knocke. “He has proven experience leading companies to consecutive years of outstanding growth; increasing revenues, and shaping product and technology offerings.”

McGannon added, “I am thrilled to be here. Canto is a well-run company with a strong management team and a long heritage of pioneering in the digital asset management space. Cumulus customers don’t just use the software; they are loyal fans, which speaks volumes to me about the solid foundation the company has built to date.”

Most recently, Mr. McGannon was CEO for the US operations of Ein Sof, a technology services provider. Prior to that, Mr. McGannon worked at Document Sciences from September 1998 until it was purchased by EMC in 2008. He served as CEO there for seven years and CFO for six years, five of which were concurrent. During this time, the company’s stock appreciated from 0.75/share to a sale price of $14.75/share. From June 1997 through August 1998 Mr. McGannon served as Manager, Financial Planning and Analysis for Simulation Sciences, Inc., a California-based high-tech software developer. He worked for Chevron Corporation from 1988 to 1997 in a variety of financial management positions. Mr. McGannon holds a BA degree from Stanford University and an MBA from Carnegie Mellon University.

Canto is driven by the idea of delivering digital content more intelligently. This has made the company one of the global leaders in the digital asset management community. By always putting the focus on its users, Canto delivers scalable software and services that match client’s needs. Canto’s Cumulus product line fits directly into clients’ platforms, giving them greater ability to manage and deliver content across the full range of systems and devices — protecting their brands’ assets, and ensuring efficiency. More than one million users from a wide spectrum of market segments have trusted Canto’s expertise since the company’s founding in 1990. Based in San Francisco (USA), Berlin and Linden (Germany), Canto is privately held and serves a worldwide customer base in close cooperation with its worldwide partner network. For more information visit canto.com.