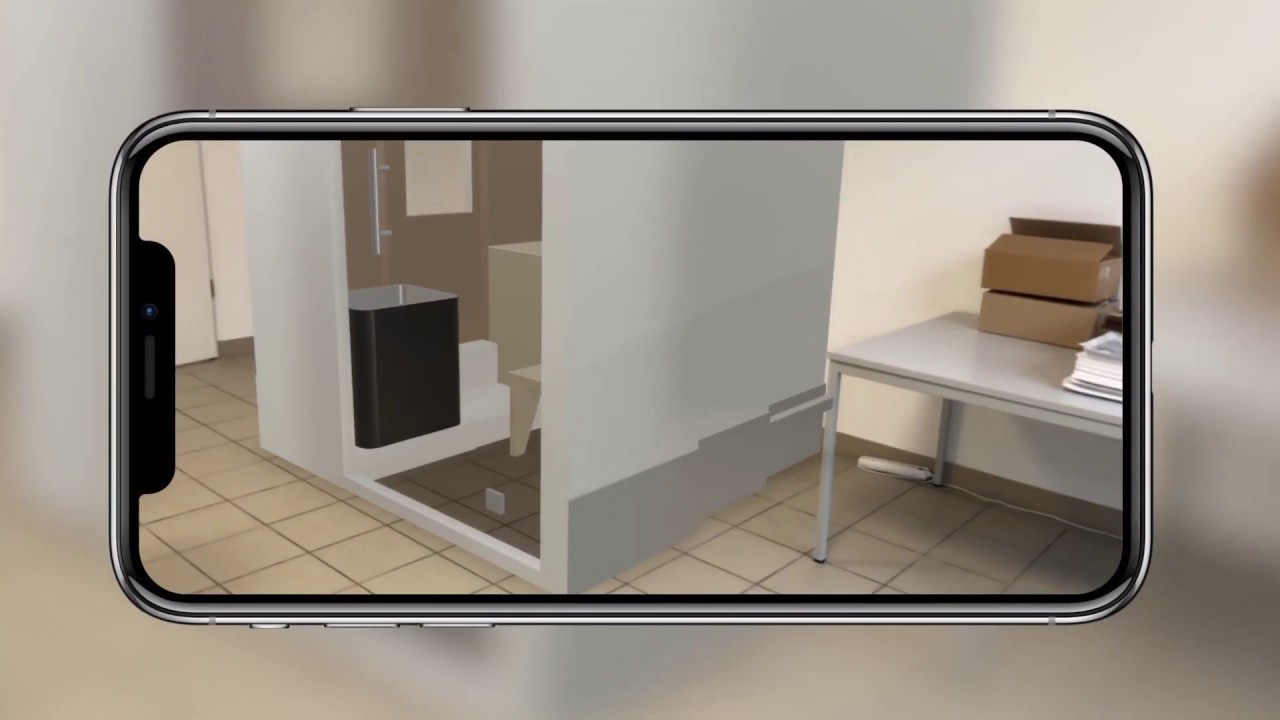 (PresseBox) ( Augsburg, 20-02-17 )
The innovative occlusion feature offers completely new perspectives when using Augmented Reality (AR): In the so-called extended reality, the real world merges with digital objects. For some years now, virtual objects such as a fireplace or computer have been able to be placed in a room using AR. However, a weakness has always been visible: virtual objects have always overlapped real objects. A truly realistic, spatially correct, virtual projection of objects in a natural environment was therefore not possible. Thanks to the new occlusion feature, the virtually inserted objects can now lie behind real objects for the first time and thus be partially obscured by them depending on the viewing angle. Consequently, the virtual components are only displayed as long as there is no physical object between the virtual object and the camera.

AR in building and landscape planning

The use of augmented reality is also becoming increasingly popular in the field of architecture and is being used more and more in building and landscape planning. CADENAS, as "The Innovation Company", has therefore added the new AR feature to its search engine for manufacturer components 3Dfind.it. With the help of the augmented reality, the occlusion feature and a tablet or mobile phone with Google Android operating system, the 3D CAD architectural models provided by the manufacturers can be integrated directly into real spaces. Architects, planners & civil engineers have the possibility to create a realistic 3D preview of the objects directly on the construction site or in existing buildings.

Architects, planners & civil engineers can search for the desired architectural component in the 3Dfind.it search engine using the numerous intelligent search functions. When they call up the respective component, they can rotate it to the optimum position and then press the AR button. Now the component is integrated live into the environment filmed by the user, such as a room in a building. Depending on the viewing angle, the real and digital objects can now overlap for the first time as in reality, thanks to the use of the occlusion feature. The two videos above show how occlusion can be realized using AR.

The occlusion feature can be easily tested with the components from 3Dfind.it right away: www.3Dfind.it

In den letzten zwölf Monaten wurde die IT-Transformation forciert, um sich für Remote-Arbeit inmitten einer globalen Pandemie anzupassen. Auf zwei Jahre hinaus geplante digitale Transformationsstrategien werden jetzt in nur zwei Monaten umgesetzt. read more
The publisher indicated in each case is solely responsible for the press releases above, the event or job offer displayed, and the image and sound material used (see company info when clicking on image/message title or company info right column). As a rule, the publisher is also the author of the press releases and the attached image, sound and information material.
The use of information published here for personal information and editorial processing is generally free of charge. Please clarify any copyright issues with the stated publisher before further use. In the event of publication, please send a specimen copy to service@pressebox.de.