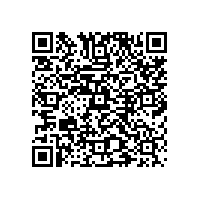 Subscribe to news
(PresseBox) ( Hünenberg, 09-09-07 )
At the '27th International Specialized Symposium on Yeasts' that took place in Paris from 26th-29th August this year, Eckhard Boles, professor of molecular genetics at the Goethe University in Frankfurt and co-founder of Butalco GmbH, presented the first yeasts to produce the biofuel biobutanol. Commenting on his presentation which was received with enthusiasm by the experts present, Boles stated: "This is a breakthrough for next generation biofuels, which are far superior to biofuels produced today".

Biobutanol is one of the bioalcohols considered suitable for use in transport fuels won from plants. Today, the most widely produced bioalcohol is bioethanol, especially in Brazil and the US (the largest producers of ethanol worldwide), and also in Europe, but bioethanol can only be blended up to 10% with normal petrol without it being necessary to modify car engines. A more superior bioalcohol is its big brother, biobutanol. This has a higher energy density which is similar to that of fossil fuel, and is less corrosive, so it can be blended with petrol/diesel in higher concentrations without having to make engine modifications. Due to several challenges hampering the biobutanol production process, it is not yet commercially available.

Yeasts are used for the production of bioethanol, which, as in the production of wine and beer, ferment the sugars contained in plants. Up until now, biobutanol has only been produced in very small amounts using bacteria. The Butalco scientists have successfully genetically modified yeasts to produce biobutanol instead of bioethanol. "Once we have the yeasts producing biobutanol at a quicker rate and achieved higher yields, it will be possible for existing bioethanol production plants to simply exchange the old yeasts with the new Butalco yeasts, and therefore enable an efficient switch to the production of advanced biofuels like biobutanol."

In his presentation, Prof. Boles also mentioned that his research group has successfully constructed yeasts which can make use of sugars in biomass waste feedstock, such as straw and wood processing waste products, or energy crops, such as grasses instead of the valuable sugars in food crops, such as corn. This is important to settle the controversy over biofuels made from food crops. "We are currently linking the use of waste sugars with the production of biobutanol", Boles commented. These yeasts could revolutionise the biofuel market.

BUTALCO to produce first amounts of bioethanol from lignocellulosic biomass