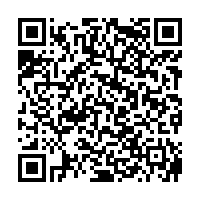 (PresseBox) ( Düsseldorf, 16-02-17 )
The Frankfurt-based game developer and publisher Deck13 announces today that Obliteracers, the PC party racer by Australian developer Varkian Empire (Space Dust Studios), has gone gold and will launch on February 23, 2016 at 7 p.m. PST on STEAM. The company also announced that pricing will be set to US $14.99/EUR 14.99.

„We’re very excited to be releasing Obliteracers on STEAM soon,“ said Michael Davies, CEO Varkian Empire (Space Dust Studios). „Finally, people will be able to join the mayhem with their friends, and we’re sure that they will have as much fun as we had during our play sessions in-house!“

Marco Suess, PR & Marketing Manager at Deck13, added: „Just a few more days to go until this wild galactic mayhem goes live. As a special promotion for launch, we will be offering a 10% discount during the first 14 days after the release.”

Intergalactic party racing mayhem! Obliteracers is an award-winning same-screen party racer for up to 16 players. Race brutally cute aliens on exotic planets, using weapon power-ups and physics-based vehicles to annihilate your competition in different game modes. Connect spare gamepads, laptops and smart devices as extra controllers. Stragglers will be eliminated... only one alien shall prevail!

Users are invited to join the communities on Facebook, Twitter and Instagram. You can also view the gameplay trailer on YouTube. Members of the press are welcome to request BETA and launch review keys.

More information about Obliteracers can be found on the official website. Players can also add the title to their wish lists via the STEAM Coming-Soon-Page.

About Deck13:
Deck13 Interactive is one of Germany’s leading Next-Gen developers with studios based in Frankfurt and Hamburg. Deck13’s award winning portfolio contains top-titles like Next-Gen multiplatform hit „Lords of the Fallen“, which sold more than 1 million units. The team consisting of 50-people is currently developing the AAA-multiplatform title “The Surge” which utilizes their home made FLEDGE-Engine. The studios newly founded unit „Deck13 Games“ selected games from Indie Devs and supports their marketing efforts.

About Varkian Empire:
Varkian Empire is an independent video game developer located in Melbourne, Australia. The team consists of veteran developers that have contributed to franchises such as Battlefield, Need for Speed, Tomb Raider, Dead Space, Burnout and Silent Hill. Obliteracers marks the team’s first own release for PC (February 23, 2016) via STEAM. Versions for Xbox One and PS4 are to follow in Q2 2016.

Buschbaum Media & PR is a young PR, marketing and media agency in Duesseldorf/Germany. We are looking forward to putting products into perspective - no matter if you are an established industry player looking for a global campaign or a small startup taking its first steps into the industry of your choice. Our flexible and experienced team of PR experts will offer solutions and strategies tailored to your individual needs.