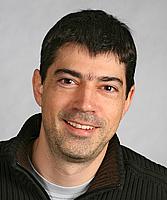 (PresseBox) ( Baden, 16-09-07 )
The Ottawa-based Eclipse Foundation has added a knowledge holder from Switzerland: Matthias Zimmermann, Eclipse Scout Project Lead at the software company, BSI Business Systems Integration AG, will be active in the Board of Directors of the Eclipse Foundation, effective immediately. The aim is to promote the Eclipse Foundation as the home of many successful open source projects and to facilitate healthy growth in this area.

As a non-profit company, the Eclipse Foundation is dedicated to encouraging and supporting open source projects and the related communities. Towards this end, each year the Foundation elects its Board of Directors, a representative committee, that significantly codetermines the Foundation’s strategic orientation. Matthias Zimmermann has been elected to the Strategy Board for the first time.

In Switzerland, BSI is a pioneer in the open source field and since 2006 has produced dozens of future-proof business applications based on the Scout framework. “The development of commercial applications using open source technologies is no contradiction. Actually, quite the opposite is true: Many open source technologies contribute to speeding up software development and enhancing product quality. BSI’s Scout framework is a good example: It is easy to learn and boosts the productivity of Java developers. Our customers appreciate its production quality and flexibility that allows for simple integration into existing IT landscapes,” according to Matthias Zimmermann.

Promotion of the global community
For the open source expert it is now a matter of not only acting as a member of the Foundation, but to help the Board of Directors to foster awareness in the software world which Eclipse has opened in recent years for all open source projects. This means that a broad palette of open source projects can already be found under the Eclipse umbrella. This fact is frequently not yet anchored in the awareness of the IT industry, where Eclipse is predominantly known as a development environment.

“Every new open source project brings its own community along with it, thus helping to ensure the long-term future of Eclipse. To promote this heterogeneous array, to create convergence and to work constructively and proactively towards the development of these communities are among my goals as Member of the Board of the Eclipse Foundation,” stated Matthias Zimmermann.

The Eclipse project manager has already actively dedicated himself to the open source community with organizing Eclipse demo camps in both Zurich and Munich. “The open source philosophy matches our BSI values. We are open, honest and humble, and seek to become at least 100 years old. We do it; to speak in the conditional tense does not make us happy”. This consistency between open source and BSI’s values is now being honored at the foundation level. “We are pleased to be able to contribute to the successful positioning of the Eclipse foundation and being strategically involved in the expansion of the ecosystem and development of sustainable open source technologies,” enthused Matthias Zimmermann.

We develop software at the interface to the customer. BSI CRM, BSI’s core product, provides simple processes with a 360° view of sales, marketing and customer service. With BSI Contact Center, BSI PoS, BSI CTMS, as well as special solutions, we offer focused products for any industry or task. The use of open technology (Java/Eclipse) guarantees efficiency, individuality and future security. More than 120,000 users profit from our software daily in companies such as ABB, Actelion, AMAG, Baloise Insurance, Swiss Post, ERGO Direkt, Lidl, Münchener Verein, PostFinance, Metzler Private Bank and Walbusch. Behind it stands the hard work of 235 engineers and project managers in Baar, Baden, Berne, Darmstadt, Düsseldorf, Munich and Zurich. And anywhere you need us to be.

Omnichannel was yesterday, mobile CRM is the future: 6 trends for successful customer relationships in 2021