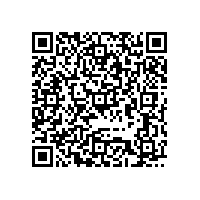 SUPERB 8TH AND 6TH FOR TROY. DISAPPOINTMENT FOR RICHARD.

Although the rains held off at the Nurburgring today, the eleventh round of this year's Superbike World Championship took place mainly in gloomy conditions. Troy made good starts in both races and took eighth place in race one and then followed that up with a strong sixth in race two. Richard Cooper, standing in for Ruben Xaus, also made good starts but crashed out of both 20-lappers, fortunately without injury. The first race was won by American Ben Spies (Yamaha), with Noriyuki Haga (Ducati) second and Carlos Checa (Honda) third. Haga then led race two, but crashed out of contention after just four laps, leaving Jonathan Rea (Honda) to battle it with out Spies for the spoils of victory. Spies did his utmost, but Rea managed to take the win by seven tenths of a second. Third went to Checa, but Haga's DNF means Spies now leads the championship by eighteen points.

Generally I think this was a good day for us and we were able to hold our ground after Brno. We are now dicing with the top guys and that shows how much we have improved since the start of the season. The bike is easier to ride, more comfortable, more consistent and I'm having fun riding it! Now I can put the laps together without a problem.
I got a good start in the first race and was a solid fourth for the first ten laps. Then the rear started spinning a bit when I picked up the throttle and I could not prevent some of the guys getting past me.
We made a bit of a change for the second race and I very nearly got the holeshot! It was good to be in contention with the leaders for a while and now I am waiting for the team to make the next step up, so that I can consistently challenge the leaders. But the main thing is that we are still improving. Before the day began, I thought I'd be about the top six or so and I think our results were very good when you consider that there are eight or so factory bikes out there and they've all got more experience than us.

To say that I am disappointed would be a huge understatement. I'm not known as a crasher, so to have three in one weekend is rather rare for me. I made good starts in both races. I was sixteenth after one lap in race one and seventeenth after the first lap of race two. I felt comfortable on the bike, so it was a bit of a shock to crash in the final chicane after only five laps in race one. Maybe I was just pushing a bit too hard and the front didn't like it.
I managed sixteen laps in the second race before having a very slow speed crash. Once again, I felt settled on the bike and was just concentrating on my racing. I hit a bump at the Dunlop hairpin and the bike just folded and went down. The crash was so slow that I didn't even make the end of the track! I am bitterly disappointed with how things went today because I am sure that I could finished in the points in both races and that would've been a fantastic achievement on my World Superbike debut. Nevertheless, I have enjoyed my time here this weekend and would like to thank the whole team for all their help and support. Everybody has been amazing and I have been made to feel a part of the team, not just a stand-in for another rider.

Today's results (for Troy anyway) are more or less what we expected with these engine specs. We made the engines for this weekend for reliability and so a bit of top speed and power was sacrificed. Nonetheless, Troy did a superb job and, by running with the top guys, showed that we can now fight with the big boys OK. I think our bike is maybe a little harder to ride than the other bikes, but we know which direction to take and we will improve the bike for Imola for sure. I feel very sorry for Richard. He's had to do so much finding a dry set-up in the limited track time and learn the circuit as well. He's a very easy rider to work with and I am sure he's going to do well in the future.