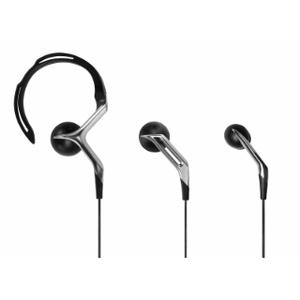 (PresseBox) ( Los Angeles, CA, 10-02-18 )
Fast Company magazine, the American address to look at when searching for trends in the business of innovation, has ranked BMW Group DesignworksUSA as the world's "#1 Most Innovative Company in Design," and among the "Most Innovative Companies for 2010." This recognition appears in the March 2010 issue of Fast Company magazine, which selects the world's most innovative companies from twentyfour categories including design, advertising & marketing, mobile, biotechnology, energy, film & television, food, media, healthcare, music, and sports. As an honoree DesignworksUSA stands shouldertoshoulder with both rising newcomers and industry legends such as Disney, ESPN, First Solar, Facebook, GE, Google, HP, Novartis, Spotify, and Hulu.

"Challenging the status quo by creating new brand and product experiences that deliver better solutions for a changing world is what drives innovation at DesignworksUSA," says Laurenz Schaffer, President of DesignworksUSA. "We're thrilled to be honored by The Fast Company 50, and included among the ranks of industry leaders whose passion and dedication is clearly evident through the gamechanging quality of their work."

"DesignworksUSA's ability to innovate across so many different industries is remarkable," says Fast Company editor Robert Safian. "With BMW Group as its parent, designing cool cars is a given, but by also shining with everything from consumer electronics and gaming to aviation and medical devices, DesignworksUSA truly sets itself apart."

Fast Company specifically addresses recent DesignworksUSA projects for their excellence including the HP Officejet 8500; the Saeco Xsmall and Starbucks Sirena coffee and espresso makers; the WHITESTAR surgical platform for Advanced Medical Optics; and the architecturally inspired Thermaltake Level 10 Gaming Station. Moreover this recognition by the Fast Company 50 is a further validation of DesignworksUSA's unique creative process that benefits both from the geographic diversity afforded by its three studios in Los Angeles, Munich, and Singapore; as well as the diversity of its client base, which provides the lateral transfer of ideas across multiple industries. As a result DesignworksUSA has a unique understanding of how the consumer's world is evolving across a variety of touchpoints.

In addition to those projects featured by Fast Company, DesignworksUSA has recently debuted numerous projects that have captured the attention and praise of the design community. For BAVARIA Yachts it created the Yachts Cruiser 55, which redefined the sailing experience for this renowned shipyard, as well as the Deep Blue 46, which offers the ideal combination of space with a dynamic form language. The Landscape Forms "Metro40" collection, a range of essential furnishing elements for urban transit cores, brings comfort and dynamic design to city streets. The MSJ Interior Concept for Embraer, the worldleading jet manufacturer, exudes a meticulous eye for detail with elegant forms rendered with premium fabrications. The CX, MX, and OMX range of headphones for Sennheiser offer an exceptional audio experience for a range of applications, including waterimmersible Sport variants as well as highend options crafted in aluminum.

Not only is DesignworksUSA in the air, on the seas, and on city streets, but also on the ski slopes of the 2010 Winter Olympic Games. The Supershape Ski, created for HEAD, will be used by Vancouver Olympic superstars including Lindsey Vonn, Maria Riesch, Bode Miller, Didier Cuche, and Sarka Zahrobska.

Together with the BMW internal design department, the three DesignworksUSA studios participate in an internally competitive process for the design of new BMW Group products, and are credited with many successful BMW Group products. Among them are the interior of the 2009 BMW Z4 Roadster and trendsetting X5 Sports Activity Vehicle.

BMW Group DesignworksUSA provides design strategy, research, design development, sustainability consulting, brand communications, 3D modeling, and color, materials, and finish to many of the world's great brands. In addition to being the creative partner to BMW Group, which includes BMW, MINI and Rolls-Royce Motor Cars, additional DesignworksUSA clients include Boeing Business Jets, HEAD, Hewlett Packard, Microsoft, Saeco, and Sony. The company was founded in 1972 by Charles W. Pelly in Malibu, California, and acquired by BMW Group in 1995. Since December 2009, President Laurenz Schaffer has led DesignworksUSA's strategy and operations, which includes studios in Los Angeles, Munich, and Singapore. With global resources and clients across a spectrum of forwardthinking industries, DesignworksUSA has an unparalleled understanding of consumers and the world of design that surrounds them, both today and many years into the future. www.designworksusa.com

Fast Company is an awardwinning monthly magazine, Web site, and digital distribution platform that covers the business of innovation like no other media source. Editor Robert Safian was named AdWeek's Editor of the Year in 2009. FastCompany.com, under the auspices of executive editor Noah Robischon and publisher Christine Osekoski, has tripled traffic and revenue year over year. Fast Company is owned by Joe Mansueto, founder and owner of Morningstar, a leading provider of independent investment research.