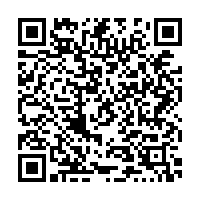 (PresseBox) ( Oxford, 09-07-06 )
Just weeks after celebrating MINI's 50th birthday, another milestone was reached today as the 1.5 millionth car rolled off Plant Oxford's production line, since the launch of the new MINI in 2001.

Business Minister Ian Lucas MP, responsible for the automotive sector at the government department for Business Innovation and Skills (BIS) and BMW Group board member Ian Robertson joined a group of Plant Oxford apprentices as the Chili red MINI Clubman cleared the end of the production line. The car is destined for a British customer.

Since production started at Oxford in 2001, MINI has become a global phenomenon, winning plaudits and awards all over the world and is now sold in more than 80 countries, with its most recent launch in Brazil.

Ian Robertson, member of the Board of Management of BMW AG, responsible for Sales and Marketing, said: "This is a great day for the plant and a wonderful milestone to reach in the 50th birthday year of MINI. The very first classic Mini rolled off the production line here at this plant on 8 May 1959.

"It was wonderful to see the passion that owners feel for MINI at the car's recent birthday celebrations at Silverstone, when 25,000 people from around the world joined the party. It is a privilege to be part of the heritage and future of this car."

Robertson added, "This is a tough time for the car industry and no business is immune from its challenges, but MINI is an extremely resilient brand with huge customer appeal and we have seen a strengthening order bank in recent months. We will launch a number of new models in the coming years and we are optimistic for the future."

Business Minister Ian Lucas said: "The Mini has been a symbol of British design and engineering for 50 years, and I am delighted to hear that it continues to succeed today. Part of the longevity of the Mini has come from the company's ability to innovate - the redesign that was launched in 2001, the focus on reducing CO2, and the electric Minis that over the next year we will be seeing on the streets as part of the Government's Low Carbon Vehicles Demonstrator. The Government will do all it can to support the British automotive industry as it makes the necessary transition to the low carbon future."

Recently, it was announced that BMW Group will trial an all-electric MINI in the UK - the MINI E - having won Government backing through the Technology Strategy Board and regional development agency SEEDA. BMW will lead a consortium, including Scottish and Southern Energy and academic partner Oxford Brookes University to evaluate the social, economic and practical issues of living with an electric vehicle. MINI E is already being trialled in the USA and Germany.

On behalf of MINI Plant Oxford, Mediamark Broadcast is offering the following to broadcasters: