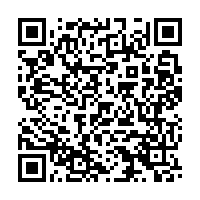 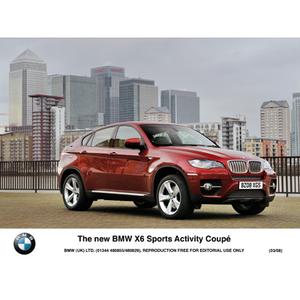 (PresseBox) ( München, 08-05-14 )
In 1999 BMW broke the four-wheel-drive mould when it launched the X5 Sports Activity Vehicle. With a bias towards excellent on-road performance combined with a dynamic design and a premium interior, the BMW X5 was an instant success. And it's a winning formula that has, unlike most other models, led to increasing sales during its lifecycle with the biggest annual UK sales coming in its penultimate year. The timing of the BMW X5 was perfect and it reflected buyers' lifestyles and their desire for something unique in the marketplace.

The introduction of the BMW X6 is a logical next step in the process of anticipating customer demand. The BMW X6 sets a new performance benchmark with the world debut of its innovative Dynamic Performance Control rear differential and advanced stability systems to ensure a new dimension in 4x4 car-like driving capabilities. The drivetrain, incorporating BMW EfficientDynamics technologies, ensures the X6 delivers excellent emissions and fuel consumption figures in conjunction with impressive output and acceleration figures. All that in a dynamic coupe-like body shape and interior that is unique in the premium segment. The BMW X6 is a bespoke proposition, but one that competitors look set to copy...just like the BMW X5.

The concept of the new BMW X6 is best considered in relation to the link between the BMW 3 Series Saloon, Touring, Coupé and Convertible. People buy all four versions of the 3 Series depending on their circumstances and needs. The same will be the case for the BMW X6 compared to other BMW X models.

The BMW X6 is undeniably a niche car with BMW UK expecting to sell approximately 1,600 X6s in its first year - by comparison an average of 7,000 X5s are sold every year. Research has shown that three key buyer profiles exist:

- Buyers who want the command driving position an X product provides, but who also aspire to the sporting style of a Coupé.
- Early adopters. BMW broke the mould when it launched the X5 and the interest for that model came from early adopters looking for something unique in the market. Early BMW X6 customers are expected to come from a similar demographic.
- The BMW X5 or other Sports Activity Vehicle owner whose family has left home and still desires a similar car, but one that doesn't scream 'family'.

Klaus Kibsgaard, the new Managing Director of BMW (UK) Ltd, said: "People have questioned why we should launch such a car, but these doubters are the same who said a BMW X5 wasn't a true BMW and that we shouldn't produce that. The BMW X5 3.0d has gone on to be the third biggest selling new car in our portfolio* and is one of the most searched for used cars too.

"While we intend the X6 to be a niche product, BMW is leading the way in introducing new vehicles that challenge convention but are borne out of evolving customer demands. The BMW Z4 Coupé, the BMW 635d and the BMW 1 Series Coupé are all examples of this. The BMW X6 caters for a more discerning sector of the market which wants a specific product and won't compromise."

A quartet of turbocharged engines For the first time in BMW's history a model range has been launched solely powered by turbocharged engines. The BMW X6 xDrive35i is powered by the twin-turbocharged 2007 and 2008 International Engine of the Year winner that produces 306hp. This powerplant is capable of propelling the X6 xDrive35i from zero to 62mph in 6.7 seconds and on to a top speed of 149mph. The 2,979cc-engined X6 is still capable of achieving a combined 25.9mpg and a CO2 figure of 262g/km.

The BMW X6 xDrive30d and the BMW X6 xDrive35d also both have award-winning powerplants under their bonnets. The former, a single turbocharged unit produces 235hp from its 2,993cc block, while the latter ups the ante by offering 286hp from the same capacity engine but aided by twin-turbochargers.

The BMW X6 xDrive30d, which is likely to become the biggest selling X6 variant over time, reaches 62mph from zero in 8.0 seconds before going on to a top speed of 137mph*. Emissions and economy figures are equally impressive, recording 217g/km and 34.4mpg respectively. The low CO2 output is enough for the car to qualify for a lower Vehicle Excise Duty band, compared to rival products, and continue to be an £8-a-day Congestion Charge vehicle in London should current proposals become statute.

The BMW X6 xDrive35d sprints from zero to 62mph in 6.9 seconds before going on to a top speed of 147mph. It too sits under the 225g/km higher Vehicle Excise Duty and Congestion Charge strata. The twin-turbocharged diesel records an emissions figure of 220g/km, while also being capable of 34.0mpg.

Completing the awesome foursome of powerplants is a new twin-turbocharged, high-precision direct injection, 4.4-litre V8 engine producing 408hp. This all-new engine, not seen in any other BMW product before, is the most powerful production non-M BMW V8 engine ever and makes the flagship X6 the most powerful production X product. It can reach 62mph from standstill in 5.4 seconds - quicker than a Porsche Boxster - before going on to an electronically-limited top speed of 155mph.

All four X6 models utilise facets of BMW EfficientDynamics technologies. Brake Energy Regeneration is standard across the range and combines with active aerodynamics and low viscosity fluids in the steering and transmission systems. Third-generation common-rail technology diesel-engined cars and high-precision direct injection on the petrol models both serve to optimise the combustion process.

*Note: In conjunction with dynamic package.

A conventional differential wastes power through wheelslip during cornering. A limited-slip differential locks out an unloaded wheel to transfer drive to the wheel with most grip - but the locked wheel can act as a drag on performance. However, Dynamic Performance Control improves on the traditional, performance oriented limited-slip differential. It allows an inside wheel to still deliver power and provide drive, while at the same time sending more drive to the outside wheel that has more grip. The result, combined with one of the most advanced stability control systems available, is a vehicle that out performs the current benchmark BMW X5 and some sports cars in terms of dynamic capability.

The BMW X6 range goes on sale on 31 May, 2008. The diesel-engined models and the X6 xDrive35i will initially be offered with the xDrive50i going on sale in November 2008.

The BMW X6 xDrive30d has a better aerodynamic drag co-efficient than a Smart fortwo: 0.33Cd vs 0.37Cd.

The BMW X6 has more headroom on the second seat row than a Mercedes C Class: 946mm vs 942mm.

The BMW X6 laps the Nürburgring Nordschleife faster than a Maserati 3200 GT: