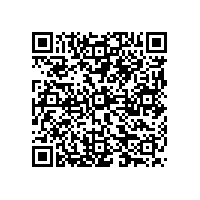 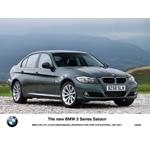 The new mid-life refresh of the fifth generation BMW 3 Series is set to maintain BMW as the number one manufacturer of premium cars. With its unsurpassed driving dynamics, executive class refinement and technological innovation, the 3 Series has defined the compact executive segment since the first E21 model appeared in 1977. Its dominance is so strong that the compact executive segment has long been referred to as the 3 Series class by its competitors. And this dominance makes the launch of any new BMW 3 Series an important event in the calendar of the car-buying public and motoring commentators alike. September 20, 2008 is therefore a date of note.

The BMW 3 Series might lead the pack but BMW has never lost sight of its customers and their expectations. The BMW 3 Series starts at £21,475 OTR for a 318i ES Saloon and £22,665 OTR for a 318i ES Touring, and rises to the 335i and 335d Tourings priced at £36,170 OTR and £38,250 OTR respectively. This range provides aspirational buyers, each with differing requirements, the opportunity to comfortably enter, or stay with, BMW 3 Series ownership. For those wanting the ultimate in 3 Series ownership, of course, the alphabet stops at M!

The range diversity is highlighted by the fact that a total of 24 Saloon and 24 Touring models are offered within the range, and that doesn't include M cars. Such a diverse spread of engines, bodystyles, and specifications, in addition to 73 optional equipment lines, means that very few identical cars are ever made.

Klaus Kibsgaard, Managing Director of BMW (UK) Ltd, said: "A new BMW 3 Series is a big event and one that is clearly not lost on UK car buyers who have kept the car at the top of its segment for more than a decade. Now more than ever the BMW 3 Series is subject to some strong competition - both economic and market-driven. But with award-winning engines, class-leading driving dynamics, exceptional residual values, and low whole life running costs through EfficientDynamics, the 3 Series range will wear its compact executive crown for the foreseeable future and provide BMW with a strong sales performance for the last few months of the year."

The current generation of BMW 3 Series was launched to wide acclaim in Spring 2005. For 2008 the design of the car has been subtly enhanced to bring it up to date. The front bumper, lower valance and headlight configuration have been changed, while the bonnet now features precision lines to accentuate the sporting nature of a BMW and give the car a more dramatic look. At the side a re-profiled sill and larger door mirrors underscore the rear-wheel-drive configuration and provide better rearward visibility respectively. At the rear new headlight clusters feature LED light technology, a new bumper and re-profiled boot lid complete the exterior design changes. Inside, the biggest news is the introduction of an all-new iDrive concept for those buyers who specify one of the two navigation systems. A new iDrive controller combines with a new operating system and new menu features to deliver improved functionality and ease-of-use.

The BMW 3 Series comes with a choice of award-winning powerplants. The current, and twice overall, winner of the International Engine of the Year awards powers the 3 Series as does a clutch of other title winning powertains. The latest engine to be introduced to the 3 Series is an all-new 3.0-litre six-cylinder diesel engine that records 245hp and 520Nm of torque, but still posts a 49.6mpg combined consumption figure and an emissions figure of 152g/km.

Much of the new 3 Series range features powerplants that were recently updated to feature EfficientDynamics technologies. A new development sees the introduction of the 318d available with an automatic gearbox for the first time. This move opens up another option to those buyers wanting diesel economy with the relaxed driving characteristics of an automatic. No other manufacturer can match BMW's heady mix of highly-efficient and dynamic engine output and performance with its low fuel consumption and CO2 emissions figures.

The BMW 3 Series features the same 50:50 weight distribution and front-engine, rear-wheel-drive chassis as every non-X BMW models of the last 40 years. All new 3 Series models come as standard with Dynamic Stability Control to enhance the driving dynamics and provide a high degree of active safety. With its five star EuroNCAP adult occupant impact, the BMW 3 Series provides a substantial safety cocoon for the driver and passengers.

The BMW 3 Series range comprising four different body styles, Saloon, Touring, Coupé and Convertible, account for nearly half of all BMW UK's sales. The launch of a new 3 Series is therefore a very important event for both car buyers and the marque itself. The BMW 3 Series Saloon and Touring went on sale 20 September and are offered in ES, SE or M Sport trim specifications with a choice of five petrol and five diesel engines. One of the specification levels also makes the 3 Series in the UK unique - the UK is the company's largest market for M Sport models. No other market comes close in terms of sales of this specification with UK buyers accounting for nearly double the number of German customers who choose M Sport. The BMW 3 Series also offers strong residual values for true low cost overall life ownership.