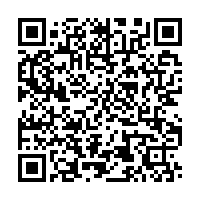 On the last day of this week's test session Nick Heidfeld again worked on the set-up of the BMW Sauber F1.09. He concentrated on the suspension and aerodynamics. He also did a couple of practice starts and ended the day with long runs, pushing the total mileage for the eight days of testing up to 3,695 km. His work was interrupted twice due to mechanical problems. "Today the track conditions were the best they have been all week," Heidfeld said. "We could already try a couple of improvements. The car reacts to changes as planned, so I'm confident we are working in the right direction."

Willy Rampf, BMW Sauber Technical Coordinator, added: "Although we lost some time due to a sandstorm last week, the long test in Bahrain was very productive. We could work with the cars in temperatures we would not have encountered in Europe at this time of the year, making it good preparation for the first races of the upcoming season. We worked mainly on the general set-up of the BMW Sauber F1.09, trying numerous solutions on the mechanical and aero side of the car as well as gaining experience with the three available tyre compounds. We also made good progress with KERS. Overall we reached our target of collecting as much data as possible about the car's reactions to changes in the set-up."

This concludes the two four-day test sessions on Bahrain's Sakhir circuit. The next scheduled test will see the BMW Sauber F1 Team in action in Jerez, Spain from Sunday 1st March to Thursday 5th March.