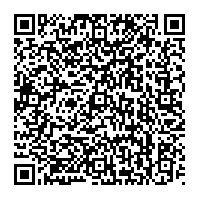 Statement by Dr. Norbert Reithofer, Chairman of the Board of Management of BMW AG, Conference Call Interim Report to 30 September 2010

Subscribe to news
(PresseBox) ( München, 10-11-03 )
The BMW Group is on track to meet its goals for the business year 2010.
Our key financials for the first nine months of 2010 are the best proof of this:
-With more than one million BMW, MINI and Rolls-Royce cars sold, we exceeded the previous year's level by 13 percent. We are benefitting from the attractive, new models in our young portfolio. We also expect a double-digit increase in sales in the fourth quarter.
-Sales at BMW Motorrad increased by 16.9 percent to over 81,500 units.
-The BMW Group achieved a positive pre-tax result of more than 3.1 billion Euros.
-Net profit stood at over 2 billion Euros.

Currently, the market climate in many countries is positive, and that includes demand for premium cars.
However, experts confirm that risks and uncertainties will remain before we see a lasting and reliable economic recovery.
Therefore, development in the markets is uneven. Volatility is still a risk.

During our last conference call, if you remember, I said we operate globally. We are pursuing balanced performance between Europe, Asia and North America.
-This goal is consistent with our long-term strategic direction.
-It limits our risk to market fluctuations.
-And it is our approach to managing the dynamics of important automotive markets, with the goal of participating in the long term growth - always in line with our motto: Production follows the market. During the first nine months of the year, sales have picked up in Asia, North America and Europe.

Let me give you four examples:
1. India: At our assembly plant in Chennai, we have increased capacity from 3,000 to 5,400 units. From December onwards, we will not only assemble BMW 3 and 5 Series Sedans there, but also the BMW X1.
At the same time, we are expanding the sales network to 22 dealerships by the end of 2011.

2. China: We have started construction of our new plant in Tiexi. This move will allow us to raise capacity in China to over 100,000 units annually from 2012 onward. The maximum long-term capacity for the Tiexi and Da Dong plants combined is 300,000 units a year. Together with our joint venture partner, we are investing 560 million Euros and creating around 1,000 jobs.

3. USA: As announced last month, Spartanburg is our competence center for BMW X models. Since September, production of the BMW X5 and X6 has been joined by the new X3, also exclusively for the global market. To allow for the manufacture of this additional model, we have stepped up capacity to 240,000 units per year. This means that more cars roll off the assembly line in Spartanburg than in our Munich plant. We have invested 750 million dollars in this site expansion. As a result, we will raise our headcount by 1,600 there.

4. Germany: We also show strong commitment to our home market. This applies in particular to future technologies such as e-mobility. We will build our Megacity Vehicle at our youngest plant in Leipzig, which has world-class production capabilities. We consider this a clear commitment to Germany as a location for advanced technologies and also to the country's highly qualified workforce. The production network for the carbon fiber chassis of the Megacity Vehicle also includes our sites in Landshut and Wackersdorf. In cooperation with our joint venture partner SGL Carbon, we are setting up a carbon plant close to Seattle in the US. As a first step, we are investing 100 million dollars there.

All these activities show:
We continue to invest in our future.
This also applies to our models.
-The new 5 Series Touring has been available since September. Regarding the 5 Series Sedan, the all-wheel drive is on the market now, as is the extended wheelbase version for China.
-Later this year, the new BMW X3 will be launched in select markets. As a first, we are combining the auto start-stop function with a six-cylinder engine and an eight-gear automatic transmission.
-The MINI Countryman was introduced in September. This new member of the MINI family demonstrates once again that MINI never fails to inspire fans with innovative and original ideas.
-The Rolls-Royce Ghost has more than met our expectations. As of September, we already delivered a total of over 1,700 Ghost and Phantom models.

We will continue to update our model range.

This includes other hybrid offerings such as the new BMW 5 Series Sedan with hybrid drive starting in 2011. The next generation of the BMW 3 Series will also include hybrid models.
When we launched our Strategy Number ONE in 2007, we decided that we wanted to grow further - in the large as well as in the small segments of the premium market.
We were the very first car company to establish premium in the small car segment.
For almost a decade, MINI has been the clear leader and trendsetter in this segment. Other car companies see how successful we have been with MINI and are now trying to follow in our footsteps.
In the future, we intend to participate even more in the growth of the small car segment.
This is why we are also planning to offer smaller BMW models - positioned below the BMW 3 Series - with front-wheel drive.
These models with front-wheel drive will also be made available to our customers with a hybrid engine.
For this very reason, we are strengthening our strategic cooperation with PSA:
Our cooperation is focused on developing and producing components for hybrid front-wheel drives. Additional economies of scale will be achieved by pooling certain purchasing activities.
I am talking specifically about e-drives, generators, and power electronics that control the interaction between a battery and electric drive.

We regard hybrids as an intermediate step toward achieving the goal of sustainable mobility.
The first fully electric, large-scale car of the BMW Group is scheduled to be launched in 2013.
I would like to emphasize that even when we talk about electric drive, we remain focused on offering our customers dynamics and sheer driving pleasure.
In contrast to all electric-cars currently available, our Megacity Vehicle is being created using a unique approach: Purpose Design.

This means:
-It is being designed from the ground up for the demands of electric mobility.
-It will have a one-of-a-kind car architecture consisting of a life module and a drive module.
-The life module will consist of new materials such as carbon-fiber reinforced plastic, setting completely new standards in our industry.

Regarding production of the Megacity Vehicle, the economical use of resources is imperative. It is a given that the same applies to all our cars.
We were the first to add a sustainability element to the term premium - and we continue to do so in the future.
In September, the Dow Jones Sustainability Index once again named our company the most sustainable car company in the world. We are also the only German company among the 19 industry leaders.

Due to the positive business development in the past nine months, our guidance for the year 2010 is as follows:
-We plan to sell more than 1.4 million cars and increase sales by more than 10 percent over 2009.
-We will post a group pre-tax profit significantly above the previous year's level.
-We will achieve an EBIT margin in the automotive segment of over 7 percent.

Our long-term profitability targets for 2012 remain unchanged.
We are staying our course with full confidence.
At the end of the month, it will have been 50 years that Herbert Quandt became a shareholder of our company - thus giving BMW its independence.
This legacy is as strong today as it was half a century ago.
The BMW Group continues to stand for:
-Innovation
-Future viability and
-Success.

Recommend Statement by Dr. Norbert Reithofer, Chairman of the Board of Management of BMW AG, Conference Call Interim Report to 30 September 2010 press release