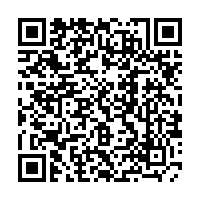 (PresseBox) ( Munich/Hinwil, 09-09-18 )
A year ago the first floodlit race in the history of Formula One turned the teams and spectators into creatures of the night. This extraordinary experience has generated a huge amount of anticipation ahead of the second Singapore Grand Prix, which will get underway at 20.00 hrs local time on 27th September 2009.

With an agreement now reached with an investor for the sale of the team, the BMW Sauber F1 Team has gained new momentum as the 2009 season heads towards the finishing straight. The F1.09 racers will line up on the grid in Singapore with major aerodynamic modifications, and Robert Kubica and Nick Heidfeld are looking forward to the challenge presented by the city state's street circuit.

"I am very much looking forward to the Singapore Grand Prix. Everybody knows I am a big fan of street circuits. The track is very challenging; especially the last sector is very twisty with a lot of corners. As the circuit is not a permanent track, the grip level is very poor at the beginning of the weekend but improves from day to day. Drivers and engineers have to anticipate how the track's grip level evolves set-up-wise and balance-wise. The team will bring quite a big update to Singapore. I hope our car will be more competitive and that we are able to surprise the competition with our pace.

Last year the surface was very bumpy, maybe a little too bumpy at some places. Before the initial night session, there were lots of concerns among us drivers regarding visibility which did not prove right. Actually I was very surprised how well the light situation was managed."

"I've been looking forward to the race in Singapore for many weeks because I know we have some modifications ready for the weekend. Our simulation work has been very promising and the car will look great.

"As I found out last year, it's practically impossible to overtake in Singapore. After a penalty I had to start from ninth on the grid rather than sixth and, although I had the speed, sixth at the finish was the best I could hope for. Grid position is equally as critical in Singapore as it is in Monaco.

"Last year the special nature of this GP and the atmosphere around it made the race weekend very much the highlight of the season for me. It was something new and genuinely exciting for everybody. And it was great to see the TV pictures and photos afterwards as well; the artificial light changed everything. It wasn't difficult for me to keep in tune with European time so that I would be in good shape for qualifying and the race - actually it was quite fun. It's a bit weird to find the whole team still out and about up to three in the morning to keep their body clocks ticking over, but also very entertaining."

"The first night race in the history of Formula One last year was a fascinating event and generated spectacular images and an electric atmosphere. Indeed, from an atmosphere point of view, I would say the Singapore Grand Prix is the highlight of the season. The whole feeling around the GP is unparalleled. Last year the tactic of not adjusting to local time but instead keeping our body clocks running to German time paid off. So we'll do the same thing again this time around. We are looking forward to the whole show and are aiming to go on the attack with our significantly revised car.

"The cause of our engine problems in qualifying at Monza was a quality issue with the valve gear, and this means we can't use either of the engines again. Both drivers ran their engines from Spa in Sunday's race at Monza, which leaves them with one more new engine each and several used ones for the remainder of the season. The key question will now be whether these will be enough. If not, we will be forced to use a ninth engine and take a ten-place grid penalty as a result."

"Singapore was a highlight in the truest sense of the word in 2008. It was the first ever Formula One night race and turned out to be an undeniably special event. The circuit has an unusually high corner count, so the drivers have no time to relax. Added to which, it was extremely bumpy in places. The organisers have taken this criticism seriously and partially resurfaced the track. The predominantly slow corners place severe demands, particularly on the cars' traction.

"Following the last major update in Valencia, we will arrive in Singapore with another farreaching development package. From an aerodynamics point of view, this comprises a new front wing, more deeply undercut sidepods, a further developed double diffuser and a modified rear wing. Added to which, the car also has a totally new gearbox. So, all in all, we are expecting to take another step forward here."

The lighting system at the Marina Bay Circuit passed its first test in 2008; but only in the rain do floodlights remain an unknown quantity. The organisers mounted 1,500 light projectors(with a total power requirement of three million watts) on trusses supported by 230 steel pylons. A dozen twin generators provided insurance against a sudden plunge into darkness.

The cars run anti-clockwise around the circuit, which has 23 - in some cases extremely tight - corners. Several key areas, including Turn 1 and Turn 14, have been modified for the 2009 race to provide better opportunities for overtaking.

Criticism last year centred on the large bumps in the track surface and the location of the pit lane entry and exit, which skirted the racing line and, as a result, created an obstacle for the drivers.

For the drivers and teams Singapore is also an exercise in ignoring the natural Asian daytime and instead sticking to their European body clocks - all with the aim of being in peak condition for the late shifts and night driving the race weekend demands. Whole hotel floors are ring-fenced as "quiet zones" to allow the team members to sleep through to midday undisturbed. Breakfast is served at around one o'clock in the afternoon and drivers can be spotted carrying out track inspections at midnight.

Once Sunday's race is over (by 22.00 hrs at the latest), there is no time to waste - all the team's equipment has to be loaded up and transported to the airport by five o'clock the next morning.

The development of the modern city state of Singapore began in 1819, when Sir Thomas Stamford Raffles founded the first settlement in the name of the English East India Company.In 1824 the company laid claim to the whole island, having bought it from the Sultan of Johor.In 1867 Singapore became a British crown colony. Singapore fell under Japanese control in 1942 after a successful assault, but was then handed back to the British in 1945. Singapore separated from British control on 1st September 1963 and became a member of a federation with Malaya, Sabah and Sarawak. Singapore was later ejected from the federation following massive unrest and has been an independent nation since 1965.

The country's name is derived from the Sanskrit language and is a combination of Singha(lion) and Pura (city). Legend has it that a Hindu prince was walking through the jungle when he came face to face with a lion. Looking into each other's eyes, man and beast averted a violent confrontation. The prince let his sword fall to the floor and the lion retreated. Today the lion remains a national symbol of Singapore.

Critics of Singapore object to the authoritarian control mechanisms of the state and the extremely tough penalties for crimes, while supporters praise its cleanliness and low levels of corruption and crime. The country's territory stretches over some 700 square kilometres and is constantly expanding thanks to a process of land reclamation. The population of the island state currently stands at more than 4.5 million people. There are four official languages: Malay, Chinese, Tamil and English.

The traditional centres of Singapore's economic power are its port - one of the world's largest and most modern transshipment points - and its financial sector.