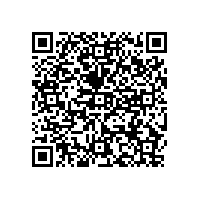 The new showroom, the sixth for Rolls-Royce in Greater China, is situated in the commercial area of the city, opposite a famous tourist attraction known as the West Lake. With a floor space of over 400 sq.m, it can accommodate up to four Rolls-Royce models.

Other Rolls-Royce showrooms in Greater China are located at Beijing, Chengdu, Guangzhou, Hong Kong and Shanghai.

Speaking at the showroom grand opening, Mr Purves said, "This latest milestone is the first of several showroom openings which we announced in our Asia Pacific expansion plan at AutoChina 2008 in Beijing, earlier this year."

At the opening, Mr Purves also unveiled the new Rolls-Royce Phantom Coupé, the first time the two-door, four-seater grand tourer has been shown in Hangzhou. The most driver-oriented of the Rolls-Royce Phantom family, the car combines the design, craftsmanship and advanced engineering which has led to more new buyers embracing the brand - nearly two-thirds of the Coupé's customers worldwide have not owned a Rolls-Royce before.

In 2008, Rolls-Royce has a four model line-up, Phantom, Phantom Extended Wheelbase, Phantom Drophead Coupé and Phantom Coupé. Phantom remains the best-selling super luxury car in the world, with sales in 2008 breaking all previous records. A new Rolls-Royce model called RR4, priced slightly below Phantom, will be launched around the turn of the decade.