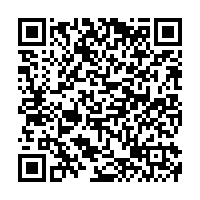 (PresseBox) ( Munich/Hinwil, 09-07-03 )
You always have a special attachment to your home race - in both good times and bad - and the BMW Sauber F1 Team is certainly looking forward to the German Grand Prix at the Nürburgring. Many chapters of success in BMW's motor sport history have been written at the circuit in the Eifel mountains, which is also used to put series- production cars through the most rigorous of testing. Plus, the company has played its part in the extensive modifications carried out at the 'Ring.

"The Nürburgring is our home race. Even though this season has not gone well for us so far, there will be a lot of BMW Sauber F1 Team fans there crossing their fingers for us. This is just the right time to put in a strong performance and record a good result. However, I have to admit that the track itself is not one of my favourites. Having said that, it does have a big variety of corners and also opportunities to overtake. The best of these is in the first corner, where you can take various different lines. So I expect we'll see more passing moves again at the Nürburgring and enjoy an exciting race."

"It goes without saying that our verdict on the season at the half-way point is anything but positive. Especially when you compare our results so far with our aims going into the season. Of course I hope we will make improvements, and that's what everybody in the team is working to achieve.

"A lot of fans and fan club members traditionally come to my home race. That is something I really enjoy and it gives me an extra shot of motivation. I will once again be lining up for my home race with a special helmet design. This year it has been created by a fan on my website, and he will present me with the helmet before the start of practice on Friday.

"I have many happy memories of the Nürburgring. I went there a lot with my parents when I was a child and the 'Ring is only an hour away from my home town of Mönchengladbach. In winter we went sledging on the Hohe Acht slopes, I learnt to ride a bicycle at the Nürburgring and this was also where I sat in a kart for the first time - with a tyre and a blanket wedged behind my back so that I could reach the pedals.

"Since then I've competed in races at the 'Ring in Formula Ford, Formula 3 and Formula 3000 and celebrated many victories there. My best Nürburgring result in Formula One was in 2005 when I took pole position and finished second in the race itself.

"For me, the Nordschleife is the most sensational race track in the world. In April 2007 I drove our Formula One car on the circuit, which was just brilliant! It was amazing to turn off the grand-prix course onto the Nordschleife and drive along this huge race track all alone in front of all those people."

"Going into the German Grand Prix, we cannot be happy with the season so far. After three successful years, this recent period has been the first set-back for our team - and is one we will overcome. After all, this is the same team in Munich and Hinwil that has delivered continuous improvements since the team was founded. We are all absolutely determined to start moving forwards again and I expect us to experience an upturn in form. It is certainly not easy to make up lost ground without the chance to do any testing, but that is what we're aiming to do. We are bringing a series of mechanical improvements to the Eifel mountains, as well as a further developed version of our double-decker diffuser.

"We feel a particular bond with the Nürburgring. Every series-produced BMW is tested on the Nordschleife circuit and BMW has celebrated some great successes in touring car racing here in the Eifel. The company also runs a Driver Training base here, as well as the BMW Lounge and the BMW Ring Taxi for the Nordschleife. Added to which, we are lending our name to the newly erected BMW M Power Tribüne grandstand on the start/finish straight."

"After our disappointing performance at Silverstone we have to turn things around at the Nürburgring. That's something we owe our many fans who always come to the race here. The characteristics of the Nürburgring mean the cars tend to understeer here. The key question is: how do you set the car up to stop it pushing over the front wheels too much? That can be resolved by an optimal aero balance combined with the corresponding mechanical set-up. We will be bringing a modified version of our double-decker diffuser to the Nürburgring, and we have also made improvements on the mechanical side. Much will doubtless depend on how successful we are at getting the tyres to work."

Two years ago a July scheduling for the Formula One GP at the Nürburgring failed to spare the race from a typical Eifel cloudburst. A sunny Sunday morning was followed by rain- induced chaos during the race. Heidfeld and Kubica had qualified fourth and fifth on the grid, but the heavens opened moments after the start and the track was littered with accidents and collisions. Eventually the race was red-flagged and the re-start saw Kubica line up 11th and Heidfeld 15th. Despite their misfortune both drivers finished in the points. Heidfeld, who became a father for the second time over that weekend, crossed the line in sixth place, Kubica seventh. By the time an extremely eventful race came to an end, the pit crew had negotiated a total of ten stops.

BMW has strong ties with the Nürburgring. Many chapters of success in BMW's motor sport history have been written at the circuit. Among them are 18 overall wins (including eight one- two finishes) in the 24-Hour Race and a one-two in the 2003 Formula One GP.

As a partner of Nürburgring GmbH, BMW runs a state-of-the-art test centre for intensive testing of series-production cars at the foot of the legendary Nordschleife. Arguably the best known BMW Driver Training base is also located at the Nürburgring and offers a comprehensive range of courses to promote safe and sporty driving. Visitors can keep pace - literally - with the fascinating experience of the Nordschleife as a passenger in the BMW Ring Taxi. At the new Nürburgring experience centre "ring°werk" - which will not yet have been completed by the weekend of the GP - in the start/finish area, BMW will present entertaining and informative material from the world of BMW Motorsport.

The first version of the Nürburgring was opened on 18th/19th June 1927. On 29th July 1951, Formula One made its first appearance in the Eifel for the German Grand Prix. In the late 1950s and early 1970s, the German GP temporarily moved to the Berlin Avus track and to Hockenheim respectively. 2007 marks the 38th Formula One grand prix to be held at the Nürburgring. Niki Lauda's horrendous fireball accident on 1st August 1976 spelt the end of the legendary Nordschleife's career as a Formula One circuit. Today the winding track that stretches for more than 20 kilometres still hosts numerous touring car races, and on many days of the year visitors can pay to take their own car or motorcycle out for a few laps of the circuit.

1999 to 2001 saw the modernisation of the start/finish area, including the erection of a new pit building and press centre. 2002 marked the opening of the Mercedes Arena, a stadium- like section which extended the circuit by some 600 metres.

Even more sweeping changes have been carried out since the visit of Formula One in 2007. The old main stand was dynamited and has been replaced by a new grandstand entitled the "BMW M Power Tribüne" with seating for 5,000 fans. The project list for the expansion is long and ambitious. While work on the "ring°werk" experience park has not yet been completed, the "ring°boulevard", "ring°arena", another event centre, two hotels and the "Eifeldorf Grüne Hölle" - offering a gastronomic experience and discotheque - will be opened on the Thursday before the grand prix weekend.

The Nürburgring is offering weekend tickets for the German Grand Prix priced from 60 euros.