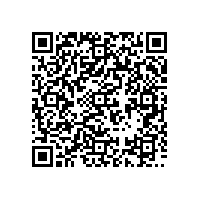 MINI at the Auto China Beijing 2010 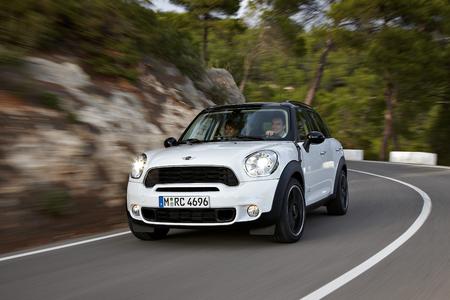 (PresseBox) ( München, 10-04-13 )
Celebrating the Asian debut of the brand's fourth model, MINI presents one of the outstanding highlights at the Auto China 2010 in Beijing. The MINI Countryman transports the brand's hallmark driving pleasure into a new dimension. This is the first MINI with four doors and a large tailgate as well as a variable interior offering space for up to four occupants. At the same time the MINI Countryman is the brand's first model measuring more than four metres (157") in length and available as an option with ALL4 allwheel drive.

Given all these qualities, the world's one and only premium car of its kind exceeds the limits to urban mobility, adding new features to that feeling so characteristic of MINI and winning over additional target groups.

Beyond this, with its Asian premiere of the MINI Coupé Concept and the MINI Roadster Concept, MINI is opening up attractive perspectives on further facets of the trademark MINI feeling. Both concepts interpret anew the traditional values, individual style and innovative character of MINI, each in its own way. They represent undiluted driving fun in an ultrasporty Coupé and a lavish openair feeling in a Roadster that is purist and stylish in equal measure.

brand new options - but still a typical MINI all the way.

Once again the MINI brand is presenting its unusual potential through a completely new vehicle concept. Offering even more space than before, featuring an elevated seating position and additional ground clearance as well as ALL4 allwheel drive, the MINI Countryman introduces brandnew opportunities to enjoy the driving pleasure so typical of the MINI brand.

In its design and driving behaviour, the new MINI Countryman is clearly recognisable at first sight as a genuine MINI. Right from the start, the car stands out through its unique look - it is powerful, robust and versatile in all its features and appearance. Various design elements and proportions typical of the brand also stand out from the very beginning, enabling the fourth model in the MINI range to bridge the gap between the classic concept of the MINI and a modern Sports Activity Vehicle.

The MINI Countryman clearly demonstrates its provenance from the very beginning through its driving qualities. Like all models within the brand, it offers the most agile handling in its segment. Highly sophisticated suspension technology and electromechanical steering both precise and efficient guarantee that characteristic gokart feeling further enhanced to a new level through the elevated seating position and optional ALL4 allwheel drive. Active safety of the highest calibre is guaranteed also by DSC Dynamic Stability Control naturally featured as standard.

The MINI Countryman displayed at Beijing Auto Show come with two petrol engines. The top model is the 135 kW/184 hp MINI Cooper S Countryman which, with its fourcylinder 1.6litre engine, boasts the most efficient power unit in its class worldwide. Also available is the MINI Cooper Countryman with a fourcylinder engine delivering output of 90 kW/122 hp.

One of the standard features of the MINI Countryman is the innovative Center Rail storage and fastening system. Body paintwork and interior colours created exclusively for the new model, a large range of upholstery variants, decorative trim, highend audio and navigation systems as well as numerous features specific to the new model offer the connoisseur and aficionado a wide range of options in configuring the MINI Countryman to his personal style in a unique manner again typical of the brand.

The features typical of every MINI, apart from the characteristic design of the car, its thrilling, very agile handling and premium quality quite unique in the small car segment, include a truly outstanding level of efficiency.

And now, after thoroughly upgrading the wide range of petrol engines available on the MINI, MINI Clubman and the MINI Convertible, the entire brand is making further progress in the consistent reduction of both fuel consumption and emissions.

Following the philosophy of MINIMALISM, the balance of performance, on the one hand, and CO2 emissions, on the other, has been further optimised on all petrol engine models. And again, it almost goes without saying that all models now fulfil the EU5 emission standard.

The MINI Cooper S with its 1.6litre fourcylinder offering another 7 kW/10 hp for overall output of 135 kW/184 hp and with a reduction in CO2 in the EU test cycle versus the former model by 13 to 136 grams per kilometre, is a particularly outstanding example of MINIMALISM and its practical benefits. A similar improvement of both agility and efficiency results in particular from the combination of a twinscroll turbocharger, direct gasoline injection and fully variable valve management now featured for the first time on a MINI. The new MINI Cooper combines an increase in output by 2 kW/3 hp to 90 kW/122 hp with a reduction in CO2 emissions to just 127 grams.

At Auto China 2010 in Beijing, more than 2,000 exhibitors from the global automotive industry will showcase their latest models and innovations. The international motor show, which takes places every two years, marks its 11th edition in the Chinese capital. Alongside the steady growth of the Chinese auto market, the significance of Auto China has also grown continuously over recent years. The trade fair welcomed 680,000 visitors in 2008. In preparation for Auto China 2010, the exhibition grounds at the New China International Exhibition Center in Beijing have been extended yet again.

The MINI brand is likewise sending out clear growth signals through its presence at Auto China 2010. A further extended model and product range creates the ideal conditions for continuing the MINI success story that began in China some years ago.