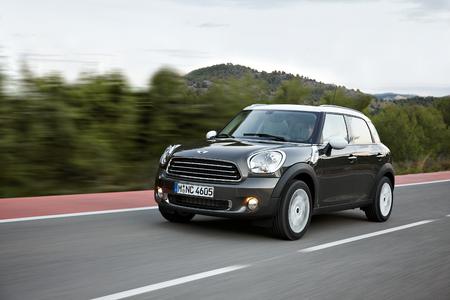 Added to which, a wide range of paint finishes, upholstery and trim variants - some available exclusively for the MINI Countryman - as well as a selection of optional extras and accessories can be ordered to tweak the new model to the customer's personal preferences and requirements in the true spirit of MINI diversity.

With four side doors, four fullsize seats, an exterior length of over four metres and, as an option, allwheel drive, the fourth model in the brand's range opens up new ways to experience the hallmark MINI driving fun. The extra onboard space and extraordinary variability of the interior, the slightly raised seating position and the newly developed MINI ALL4 allwheeldrive system add new landmarks to the world of MINI. As the brand's first crossover, the MINI Countryman breaches the boundaries of urban mobility and wins over new target groups to the MINI driving experience - notably those who set considerable store by versatility, spaciousness and traction.