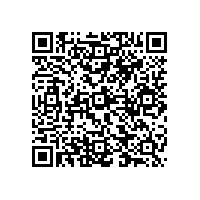 "I'm totally happy, as for me it was a great race. Coming seventh may not sound fantastic, but from 15th on the grid that really was the best I could do today. The start itself wasn't good at all, I almost lost positions. But then in the first corner I managed to overtake one car on the outside and then in the chicane I went to the inside to overtake Jarno Trulli. On lap three I overtook Giancarlo Fisichella, which I thought would be impossible because he has KERS on his car. Then when I was behind Sebastian Vettel I started to save fuel. After our pit stops he was behind me, and I was eighth before Lewis Hamilton crashed on the last lap and I benefited by scoring one more point."

"I made a very good start and was in quite a good position before the first braking point. I was on the left hand side of Mark Webber. I guess he did not see me at all. Mark pushed me on the grass while I was on the brakes. Although I managed to come back on the track, we touched in corner one. In Roggia he was on the outside and slightly in front of me. When we were going into the first apex unfortunately again I was not able to avoid him. I ended up with a damaged front wing, but am not sure how this happened as it could have been with my fight with Mark or I could have hit a kerb. However, I was able to continue and managed to overtake Sebastian Vettel, despite having the front wing problem. For safety reasons we had to change the wing a couple of laps later. Finally an oil leak forced me to retire."

"It was a hard race which had a dramatic end because of Lewis Hamilton's crash. After having bad luck in qualifying, Nick achieved the best possible race result when he managed to climb from 15th on the grid to seventh. In the beginning Robert was even two places ahead of Nick, but then damaged his front wing and was called in for a stop by the race director. Shortly after that he had to retire due to an oil leak in the gearbox. For us the engine situation for the rest of the season is difficult. However we are looking forward to the next race in Singapore before which we will have a huge development programme."

"Both Nick and Robert started the race from quite hopeless positions but were able to gain a couple of places at the start. Robert damaged his front wing. For safety reasons we had to call him into the pits and change his front wing. A couple of laps later we diagnosed a gearbox oil leak and Robert had to retire. Nick drove consistently good lap times and was able to move up the grid continuously to eighth. Of course at the end of the day we are happy to score two points."