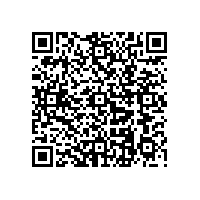 (PresseBox) ( München, 09-09-14 )
After promising free practice sessions, the BMW Sauber F1 Team was disappointed in Qualifying: While both Robert Kubica and Nick Heidfeld consistently improved their lap times, both cars suddenly stopped due to engine failures. Both engines were new. Kubica has qualified 13th for tomorrow's Italian Grand Prix in Monza, while Heidfeld, who's engine failed first, was 15th in the session.

"This is a very difficult situation for me, not only for this Grand Prix but also for the next races. I do not have many engines left. It is also unfortunate for Nick who was very competitive here. Although I was struggling a bit I was quite confident of making it into the final qualifying session. I was struggling a little bit with the car in the first qualifying session, but it was better right from the start of the second one. I managed to do quite a good lap, but unfortunately had traffic for the next two laps. The engine problem makes my position for the final races of the season very complicated."

"It is a real shame having an engine problem after it all looked so promising. We had a good qualifying in Spa where I was third, and in this morning's free practice I was third again. I was certainly expecting a good qualifying result after the car was quite quick here. Reliability problems are very exceptional for our team and, of course, it is very strange that Robert and I both had problems with two new engines within a few minutes. We will find out what the reason was. Qualifying 15th will make it difficult, but I will not give up and make the most of it."

"Both drivers were stopped by engine failures in the second part of qualifying. As far as we can see from the data they both had the same problem. The two engines were new, therefore the reason cannot be too much mileage or too high stress. A thorough analysis will only be possible once we have dismantled the engines. Of course, this has a negative effect on our race prospects. We expected good grid positions on this track. Obviously the failures also influence our engine planning for the remaining races of the season."

"Our lap times in qualifying were as we expected them to be after this morning's free practice. Our goal was to get both cars into the top ten qualifying, which was realistic.
However, the two engine failures upset our plans. From 13th and 15th in qualifying it will be difficult to score points tomorrow."