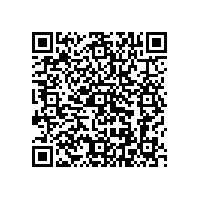 "From 15th on the grid, finishing 11th was the best I could achieve today. Over the first few metres my start was good and I immediately made up some places, but then later on the first lap I lost them again. First somebody hit me from behind and later I went wide in turn 11. Then it took a while before I was able to overtake Sébastien Buemi, and after that I got stuck in traffic again. That's why we decided to make my first pit stop a couple of laps earlier than planned. This is, of course, a disadvantage, but due to the traffic situation it still paid off. Despite the rather heavy car, the pace wasn't too bad. But overall looking at the situation we found ourselves in, I would say the car has been quicker this weekend and it is a shame we didn't convert this progress into points."

"I had a good start and a good first lap, and managed to make up a lot of positions then. At least this is something positive. Unfortunately, I had massive understeer and a lot of front tyre wear during the entire race. About ten laps into each stint my front tyres degraded a lot and I was very slow."

"For our team this was a race without anything significant happening. Both drivers were able to make up places at the start and keep themselves in the racing action. Our cars ran trouble- free, but after the difficult qualifying there was nothing more we could do on this track. With better starting positions we would have been able to fight for points today. Congratulations to the McLaren Mercedes team for a very convincing victory. It is remarkable how quickly the balance of power is constantly changing this season."

"Starting from 15th and 18th, any prospects for the race are obviously limited. Therefore we tried to make up lost ground with our strategy. This worked well at the start when both drivers gained places. But then, from lap 18 onwards, Nick got stuck in traffic and lost too much time. We therefore decided to make an earlier pit stop for him. At the end of the day it didn't help much. Based on our grid positions, there was nothing else we could achieve."